Executive Director of Chess’n Math Association, Larry Bevand, sends his congratulations for an outstanding turn out: 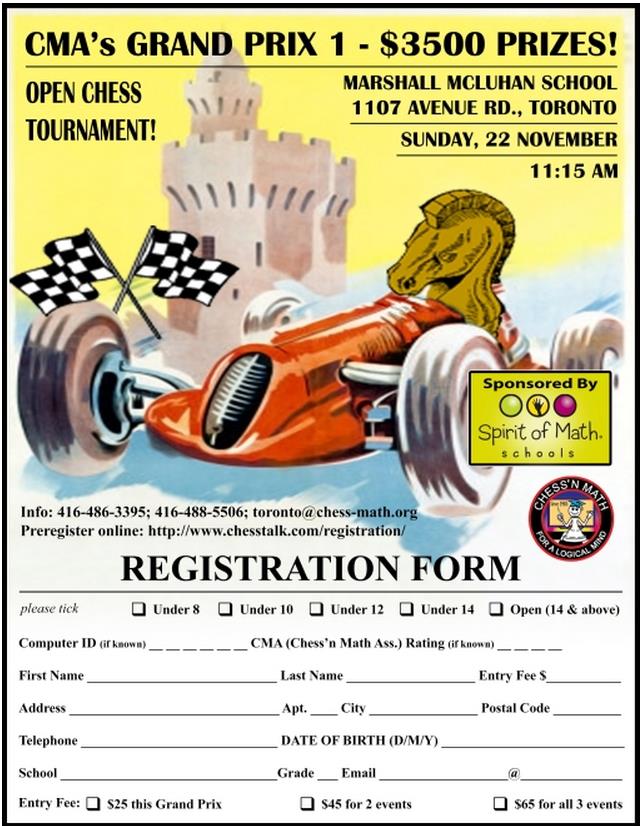 The 2015 World Youth & Cadets Chess Championships (WYCC) recently concluded in Greece.  As Head of Delegation for Team Canada, I was part of the team that included Chess Federation of Canada (CFC) President Vlad Drkulec and CFC Youth Coordinator Frank Lee who coordinated and organized the 56 players and 6 coaches who proudly represented Canada at the WYCC 2015.

An Interview with National Master Adam Dorrance by Victoria Jung-Doknjas