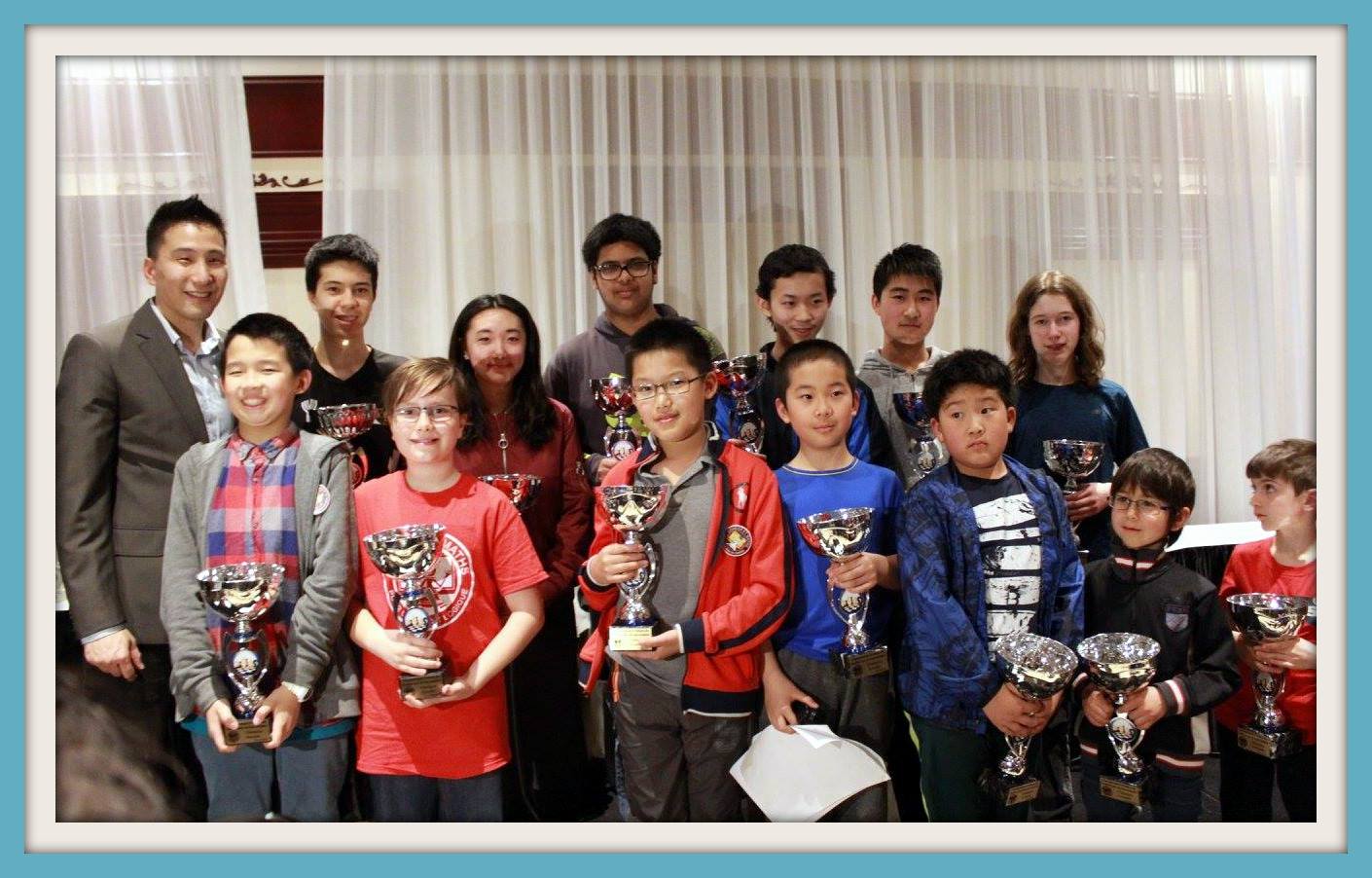 438 young champions from all over Quebec were invited to participate in the 29th edition of the Quebec Chess Challenge by Grade, a five round tournament held in Montreal at the Reception Hall The Rizz on April 30th. The best players in each school grade were crowned as the Quebec champions, earning them a spot on the provincial team at the national Canadian Chess Challenge.

This year keen interest and incredible participation gave us the idea to do a two-part report: the competitive side with our new champions and a second part about the degree of popularity of chess with our young students from across Quebec.

First of all, this tournament invited only the best players in Quebec (except for kindergarten kids where it was open to all). To play the Provincial, you must either be in the top 10 of your school grade or qualify in a qualifying tournament. To give you an idea of the strength of the competition, no less than 11 players already titled took part in this tournament including three Experts, four Canadian Masters and four FIDE Masters.

The fight for the title continued with playoff games in five sections. Kevin Liu won the title against Prince Eric Guipi Bopala in grade 4, David Craciun won in grade 5 against Julia Tsukerman in two playoff games (Wow!), Qiuyu Huang managed to keep his title for the sixth consecutive year against Léo Richard in grade 6, Zi Yu Guan won against William Zhao and against last year's winner Gabriel Philip Tinica in grade 8 while last year winner, Ananda Saha, snatched the title to Zachary Saine by Armageddon no less in grade 10. A true battle of nerves!

​The twelve provincial grade champions will represent Quebec on May 21-22 at the nationals in Toronto, Ontario. Some of the 2017 champions, Alex Jikai Yan, Qiuyu Huang and Run Kun Fan, already have Canadian titles to their credit. Good luck, Québec!

​** Lefong Hua, the Quebec Team captain, trains some of the best players and set up a great video between games with his players who participated at the Quebec Chess Challenge. The link is at the end of this article. 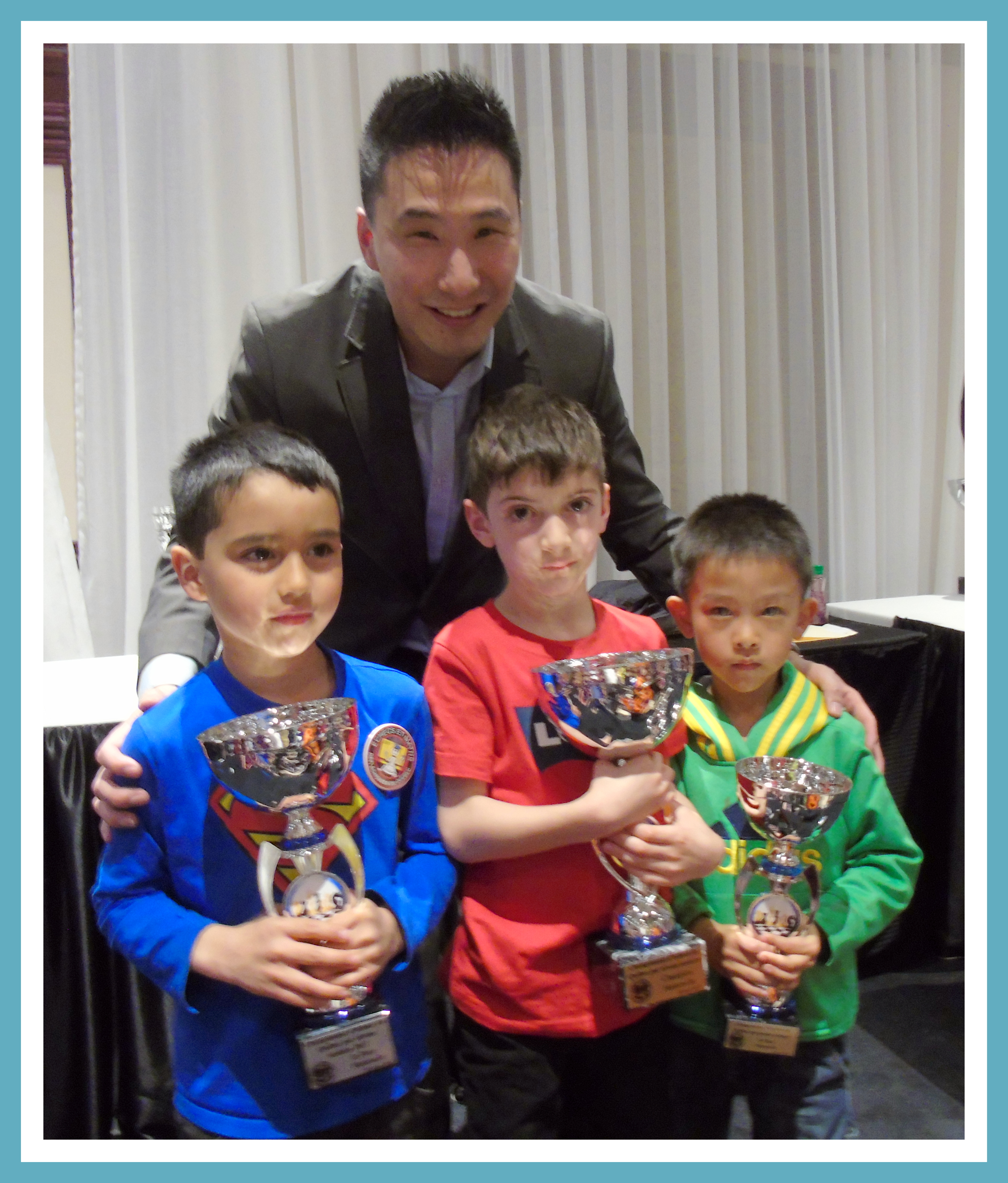 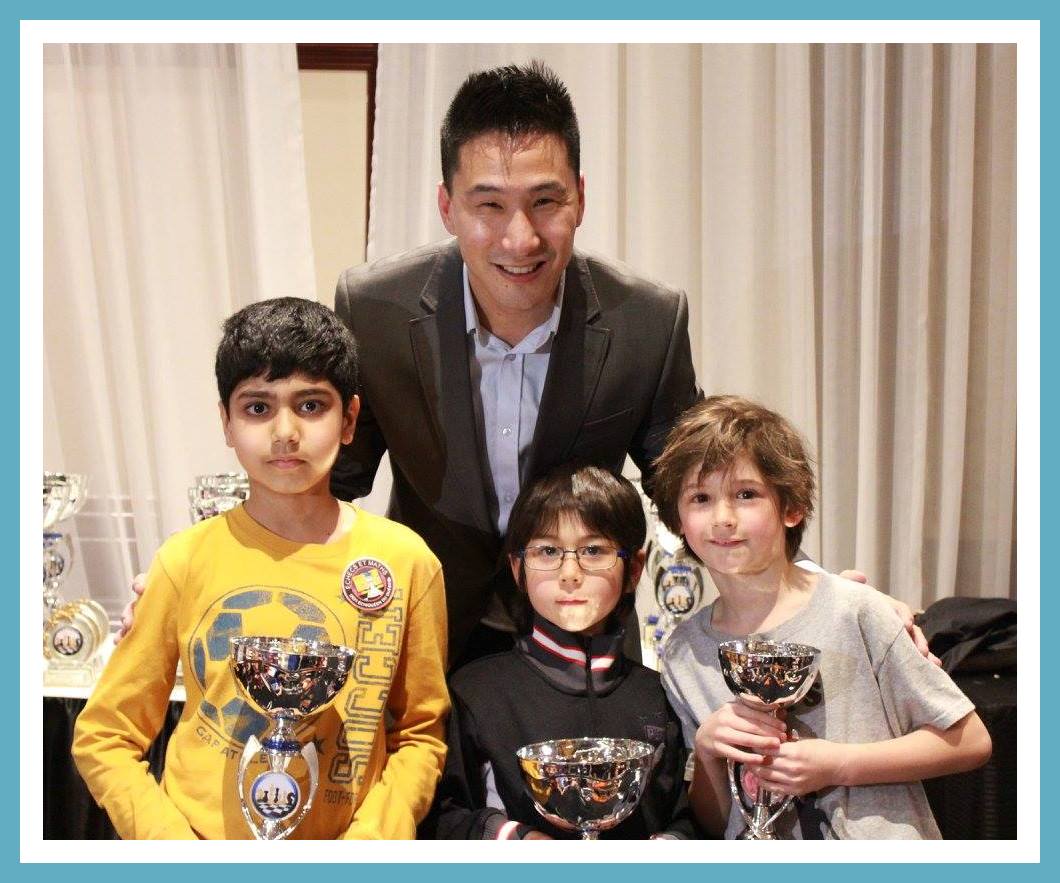 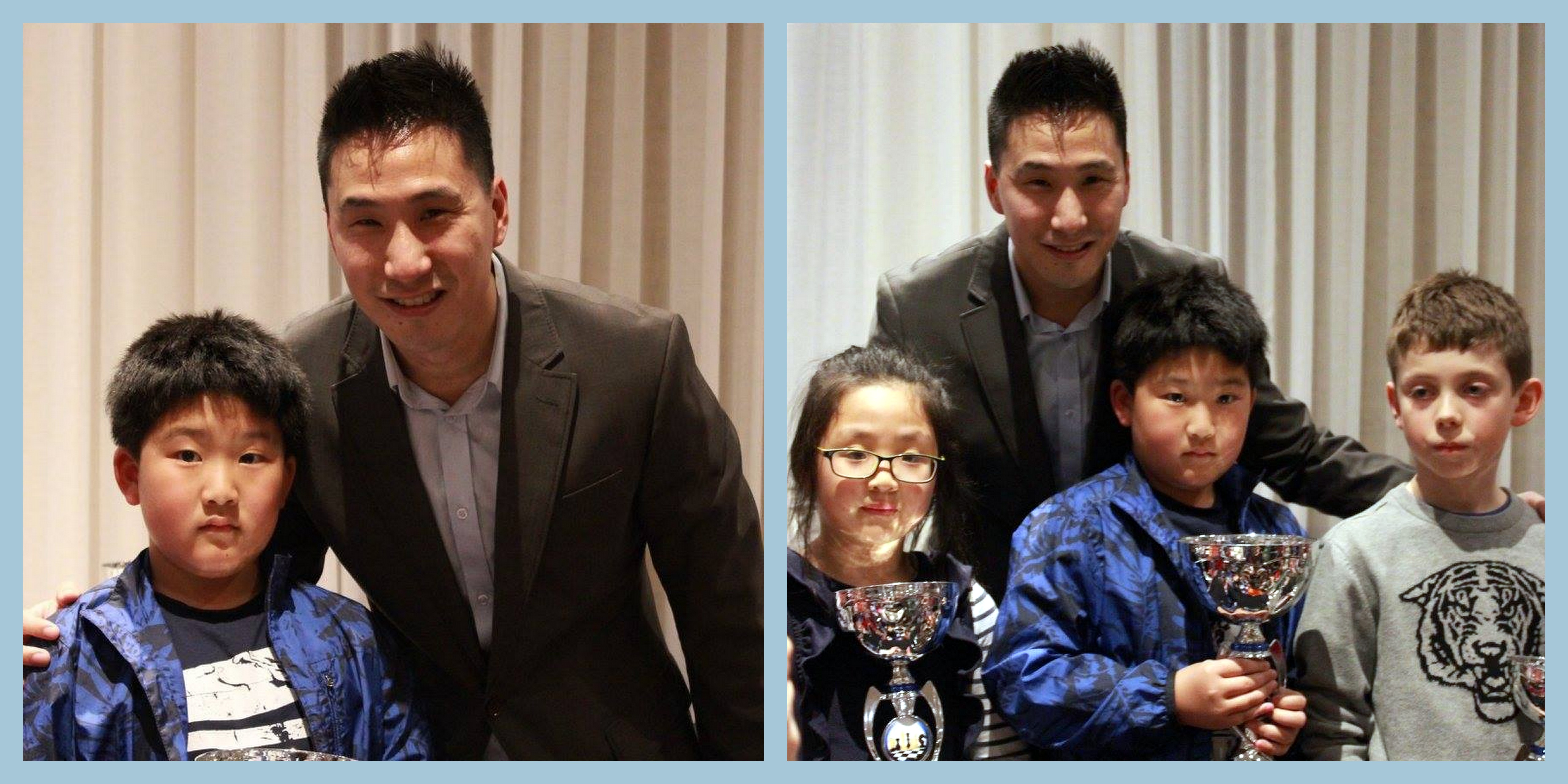 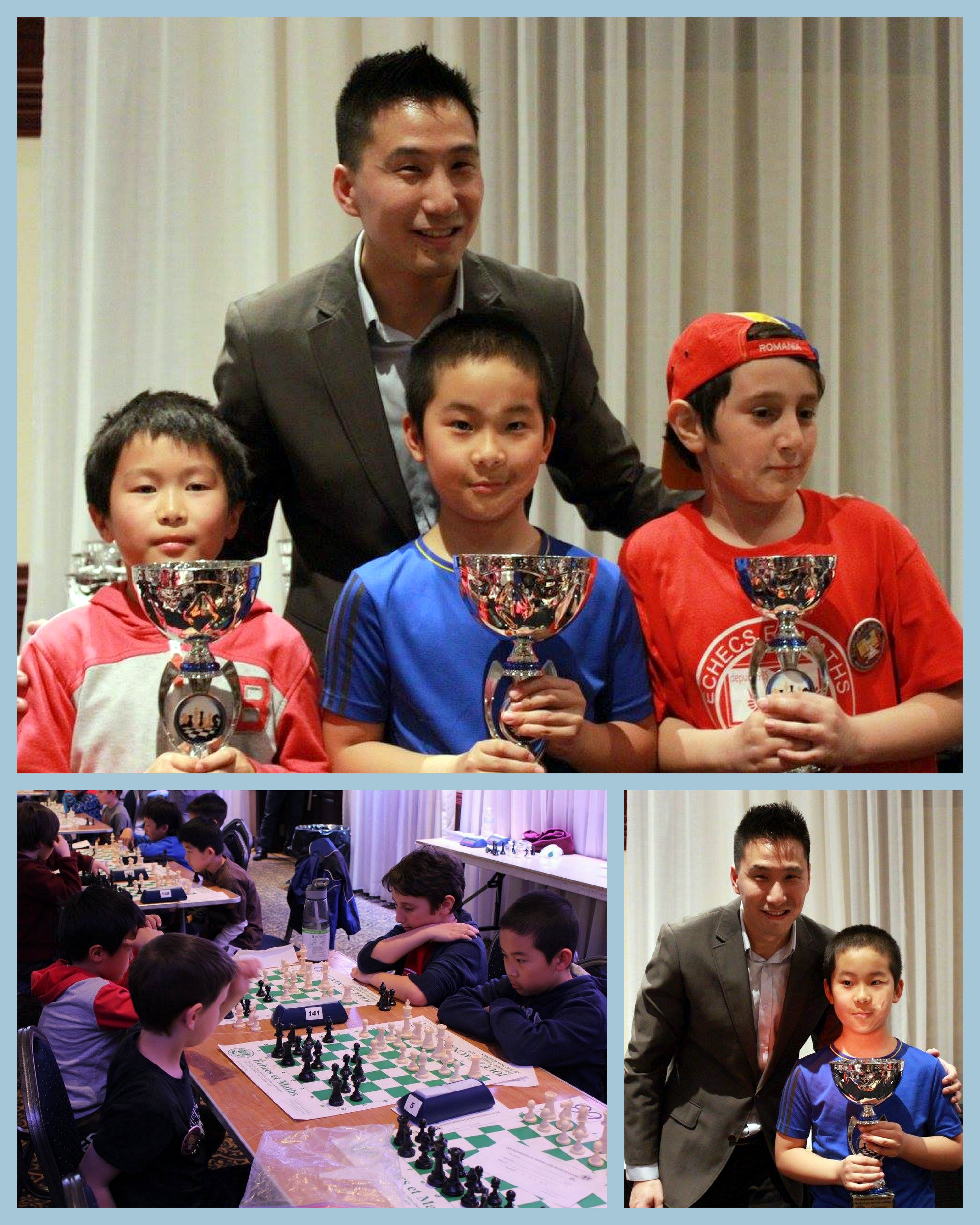 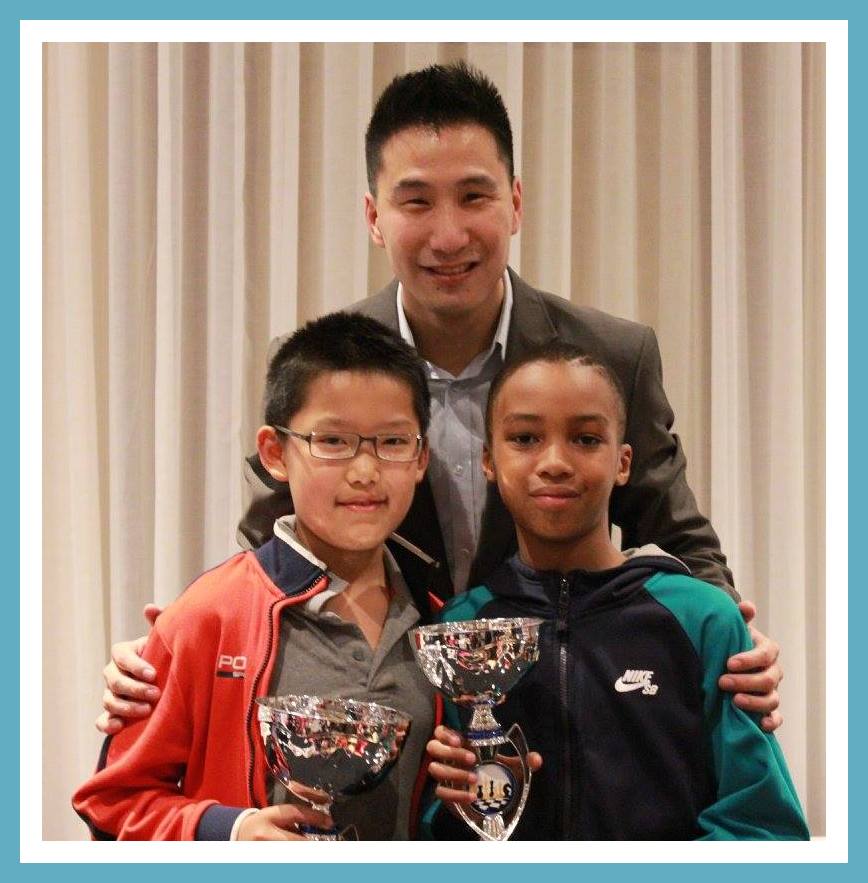 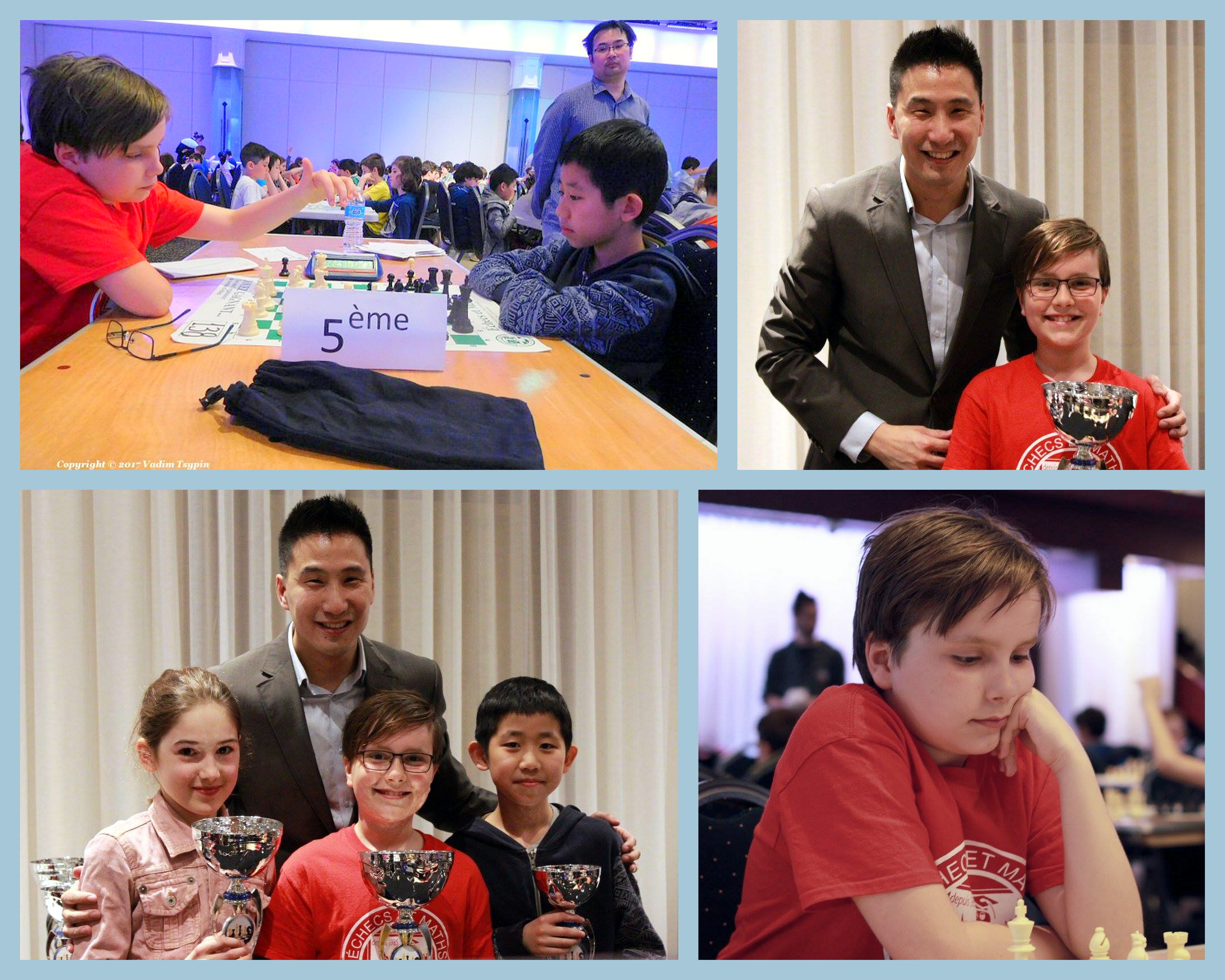 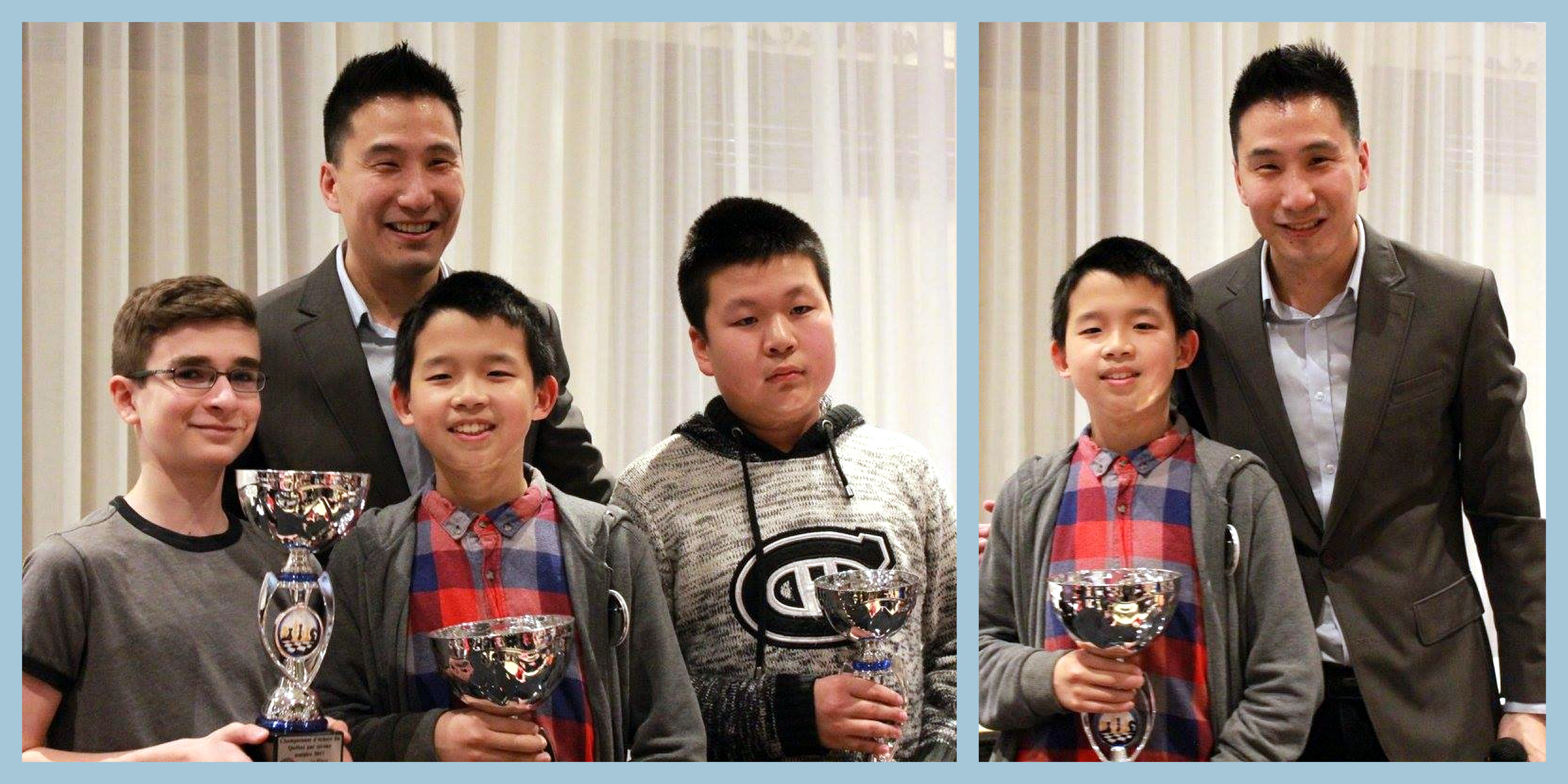 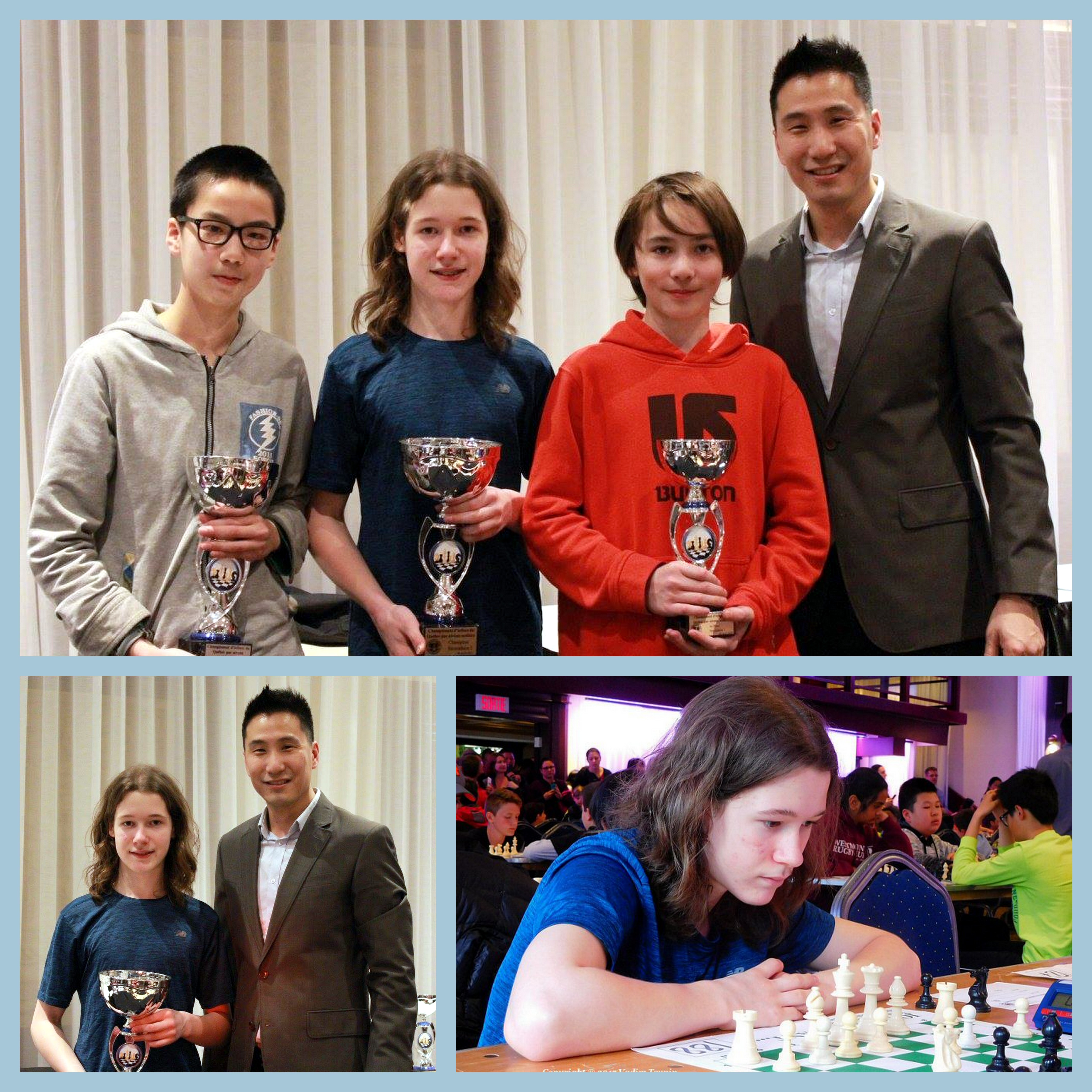 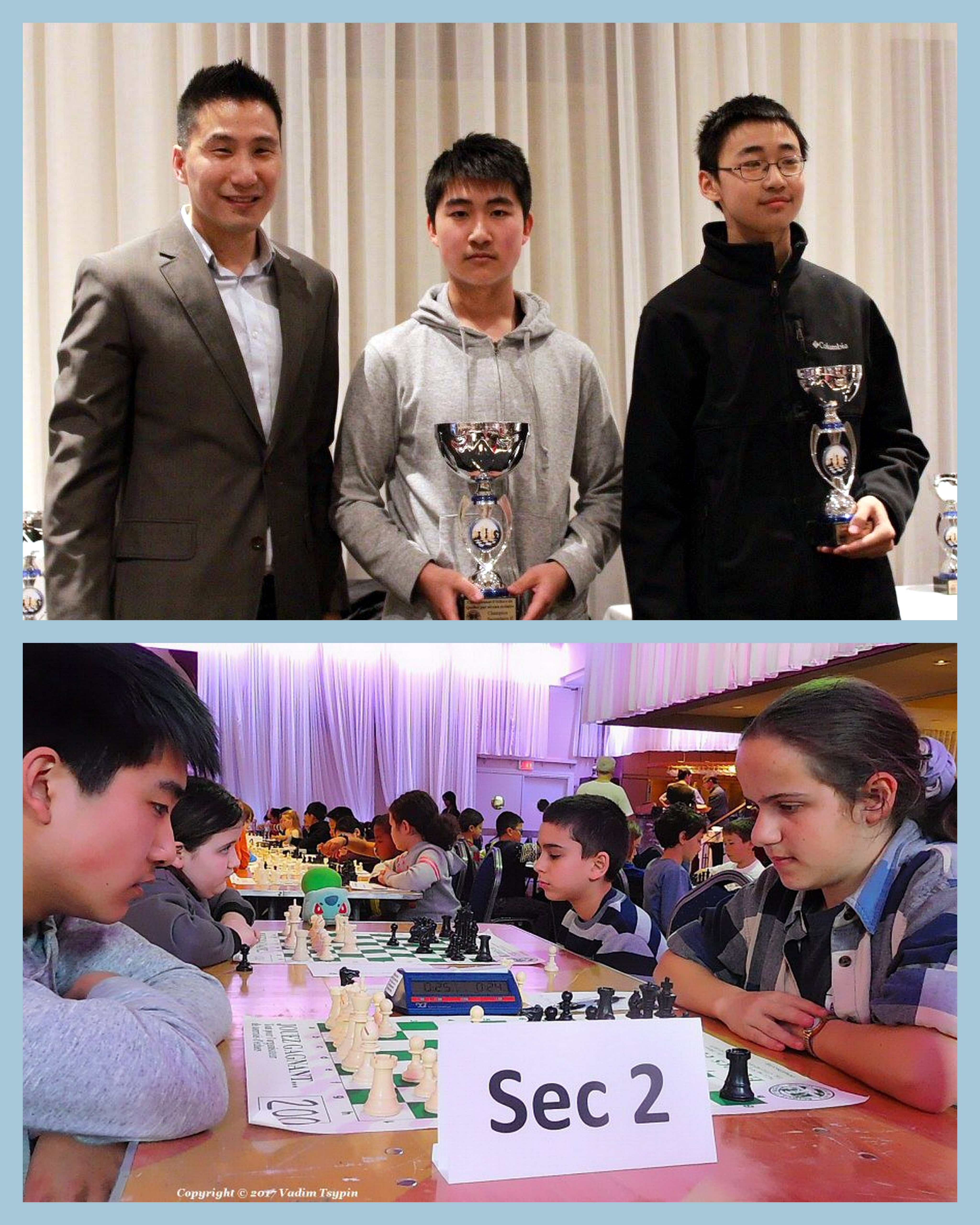 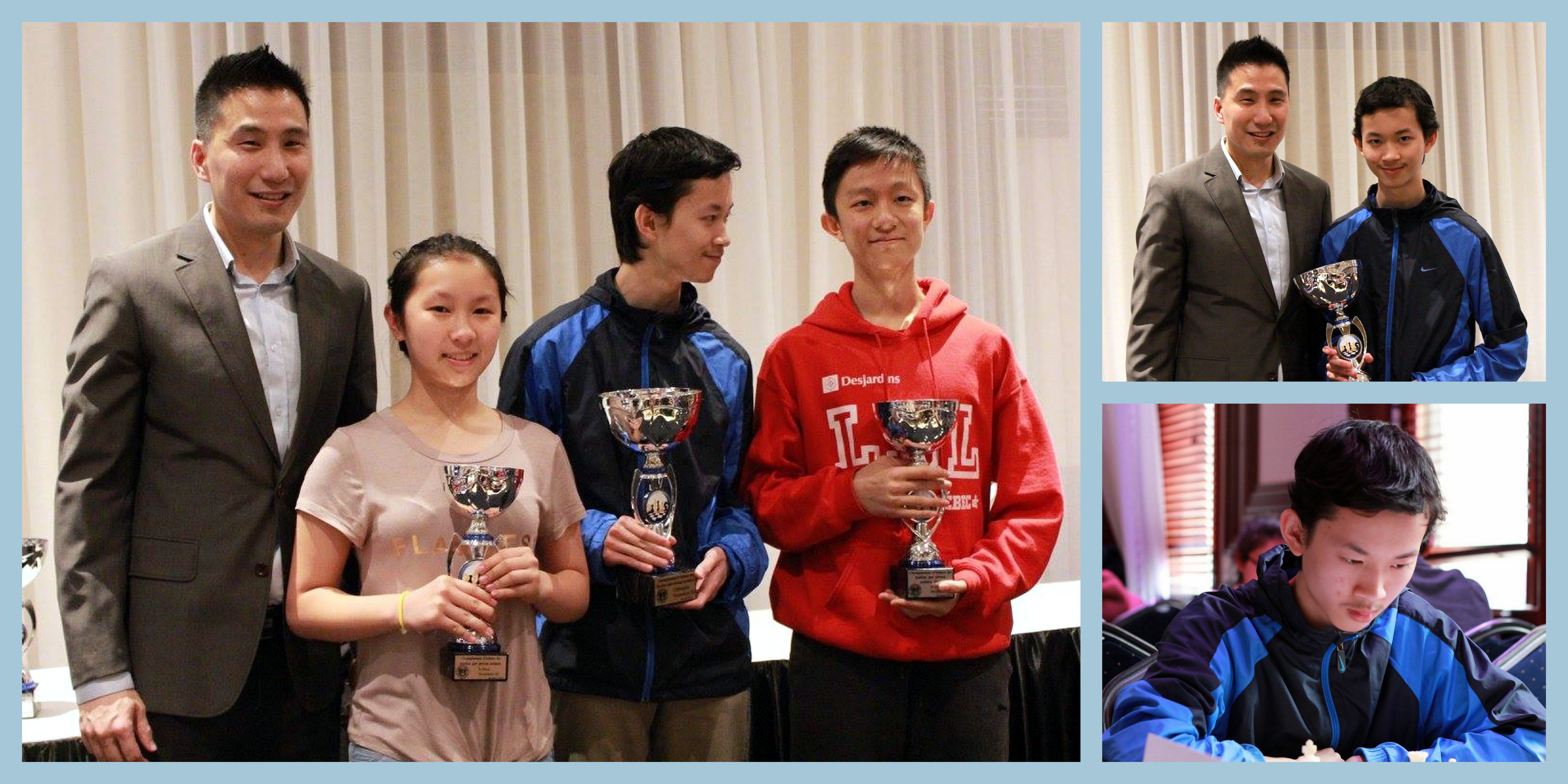 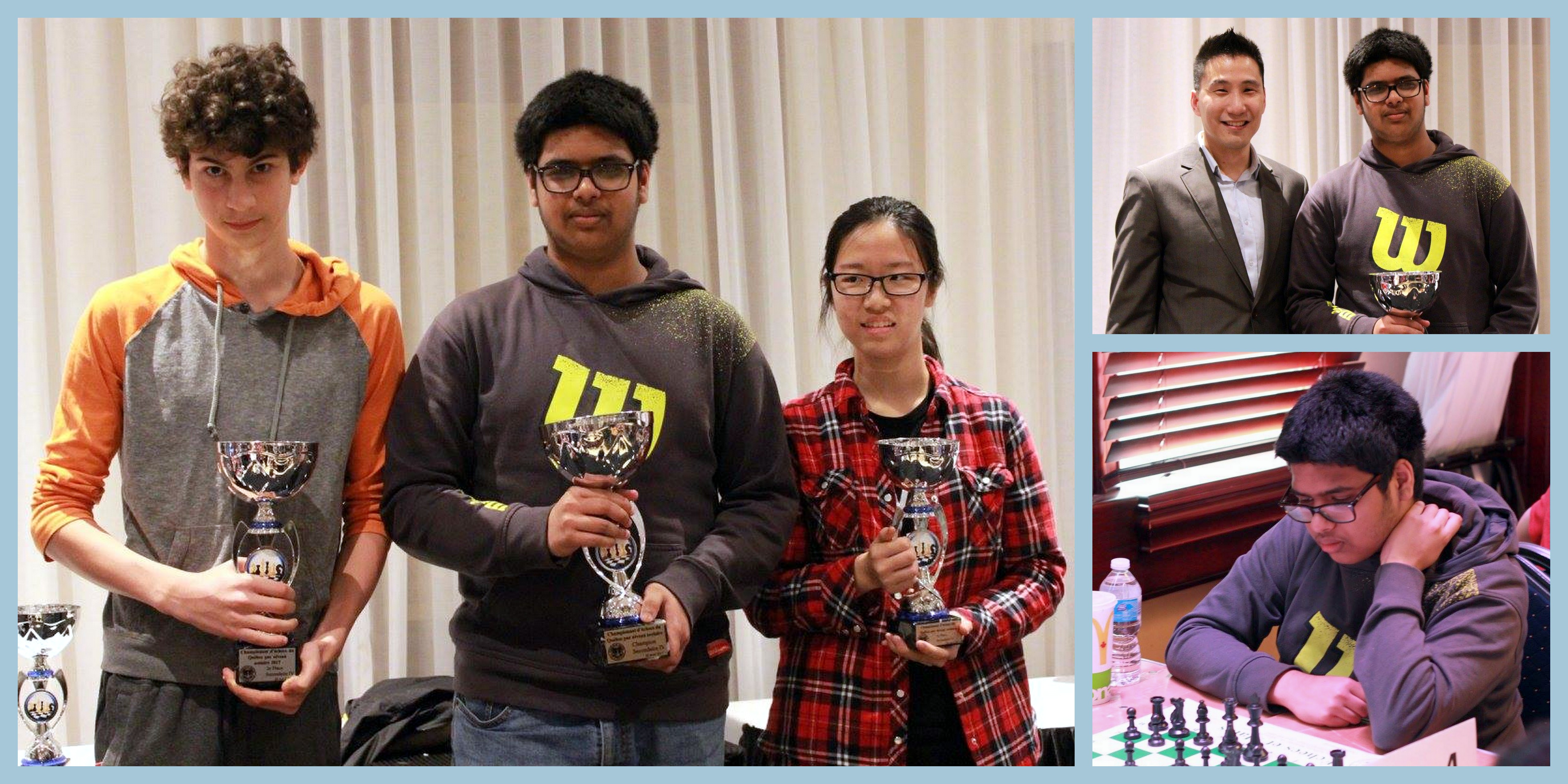 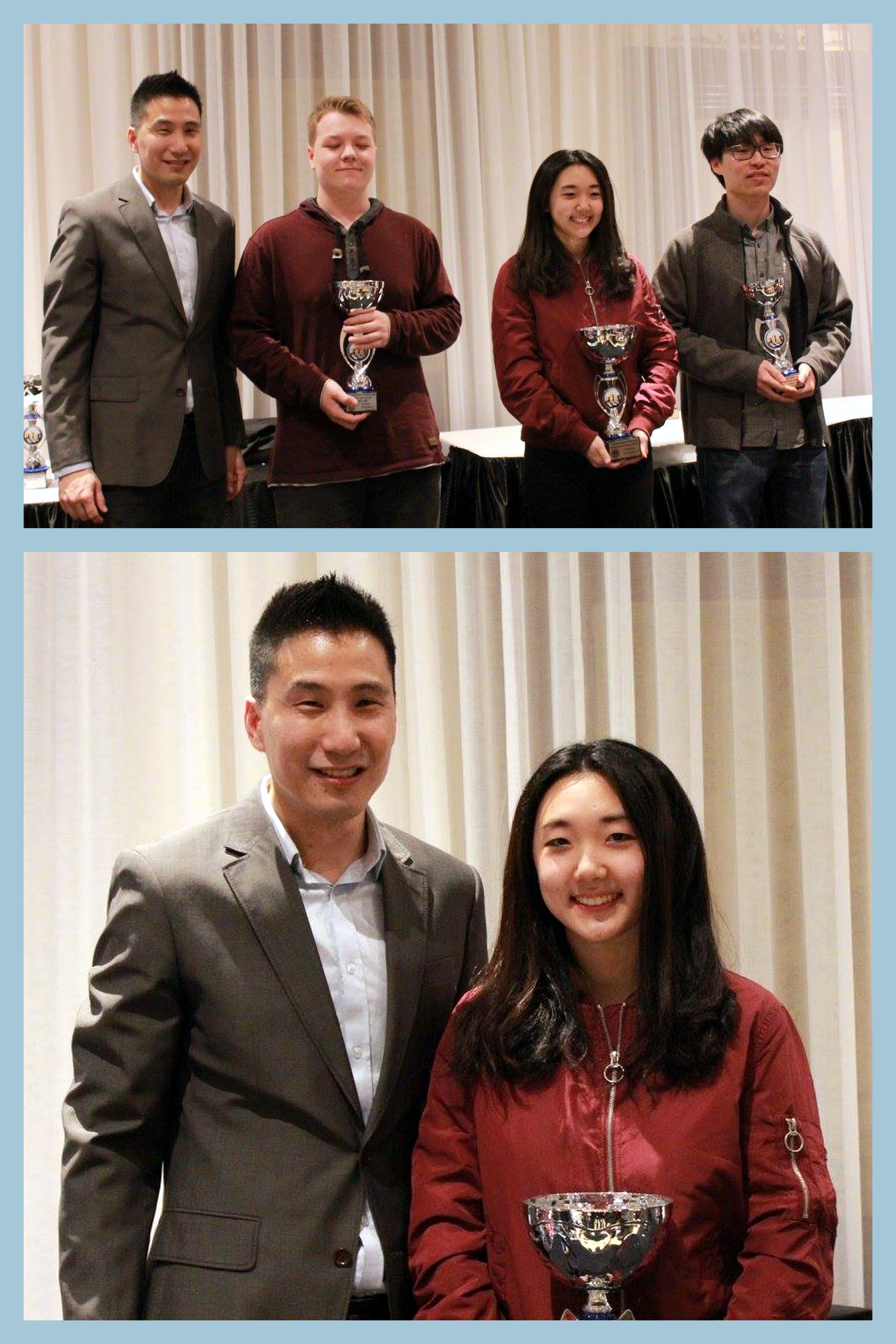 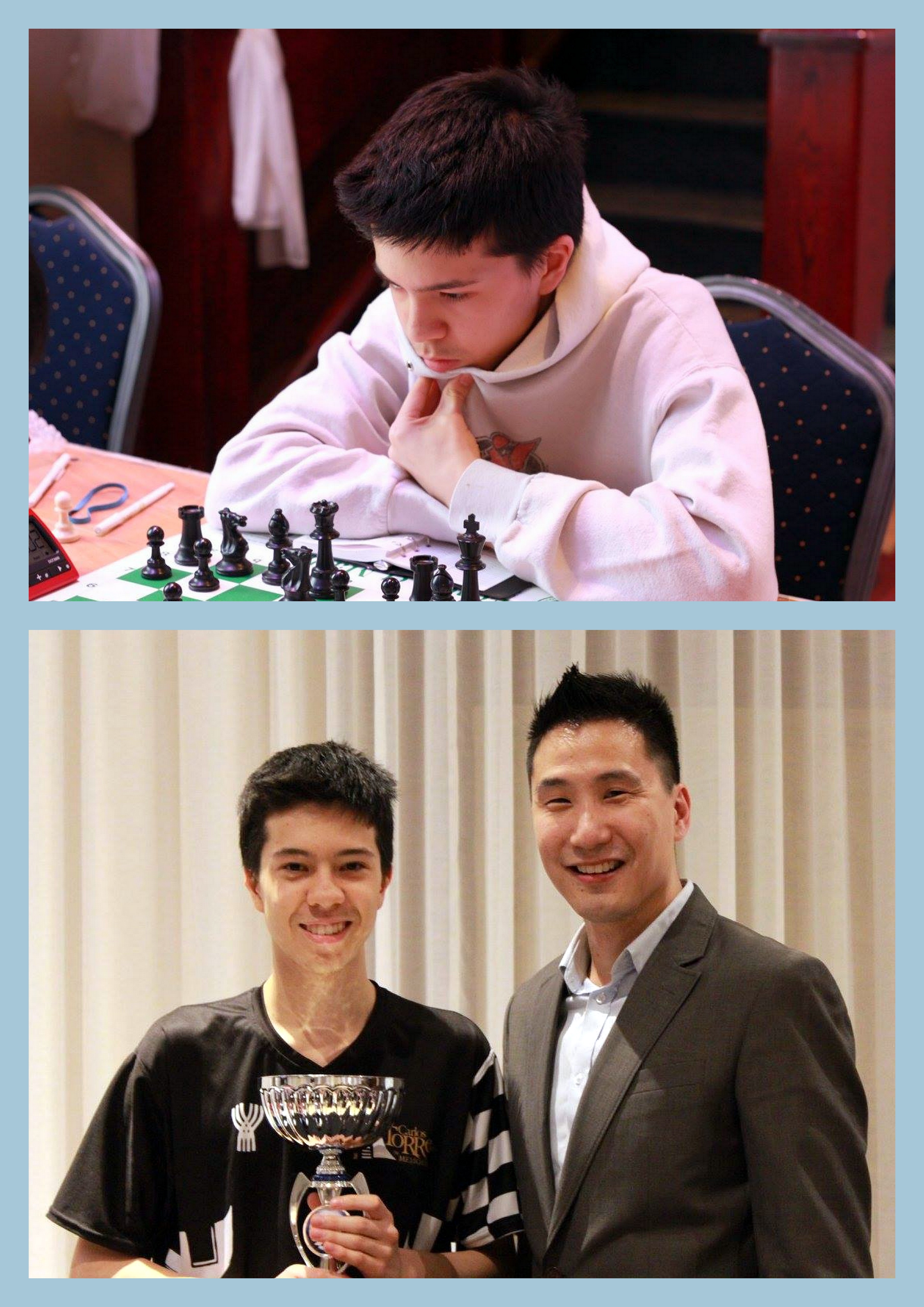 It is undeniable to affirm that our students have fun playing chess and it is undeniable that they get benefits that come with the practice of chess. Chess'n Math Association started in 1985 with the idea to promote chess to our youngsters in schools. And that idea grew more and more since then all over Canada. There's nothing like seeing a kindergarten kid who loves playing chess. For him, he's just discovering a fascinating new game, for us, he's just beginning to receive all the advantages that come with the practice of chess. It's not by chance that chess is thought in most of our schools. It is proven to be the ideal learning tool for kids, but what about the benefits in their social and cultural development?! This game that is played since forever and all over the world also brings understanding and attraction to different cultures.

Here, in Quebec, we practice this game in every cities and municipalities. You just have to look at the Top 10 list in second grade: Rouyn-Noranda, Rawdon, Lachine, St-Adolphe-d'Howard ... and the list extends all over the place when we look through the 438 participants!. A huge thanks to our regional coordinators who don't count their hours for this cause and some of them work at it for more then ten years!

Take a look at the Quebec Chess Challenge 2017: 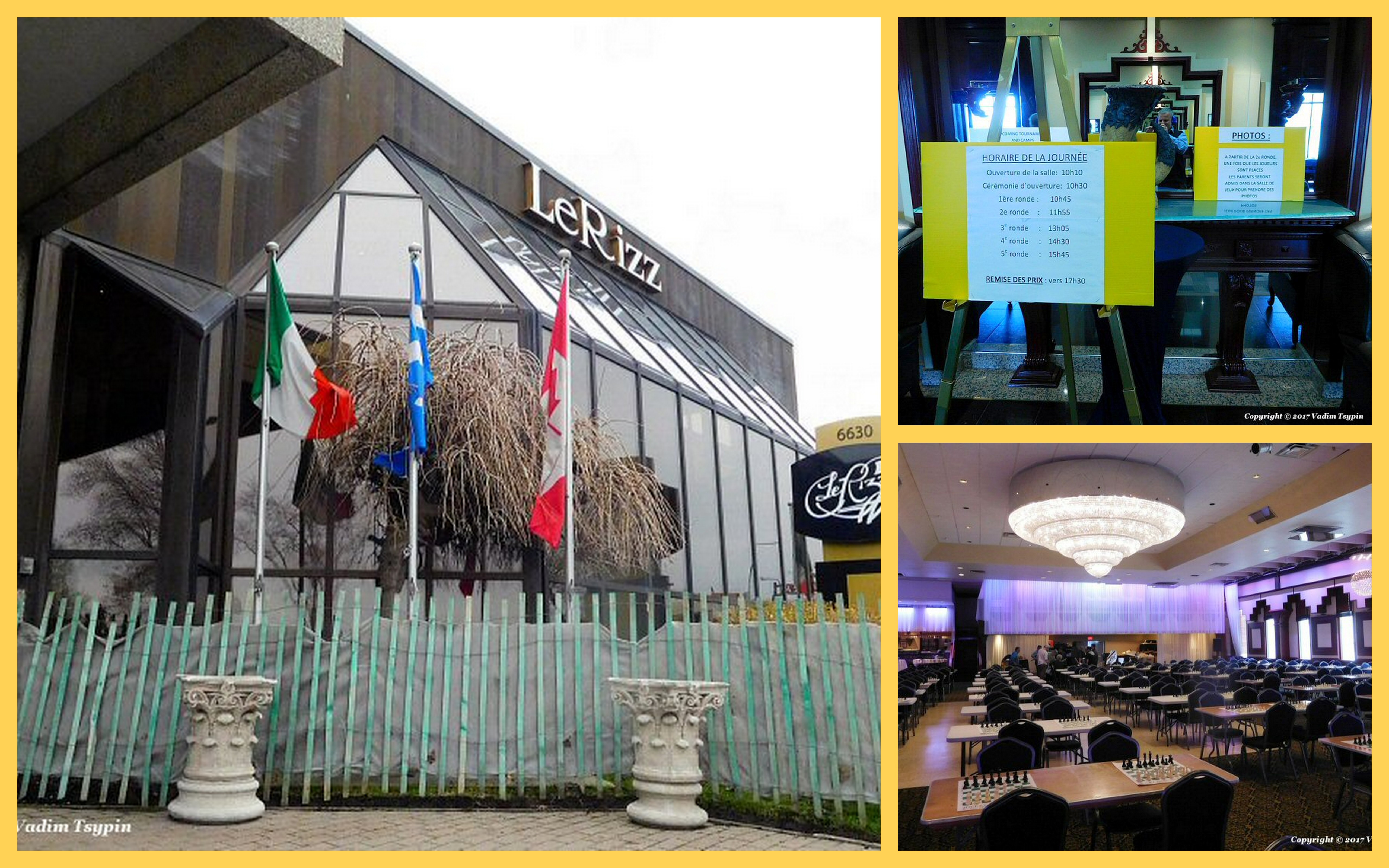 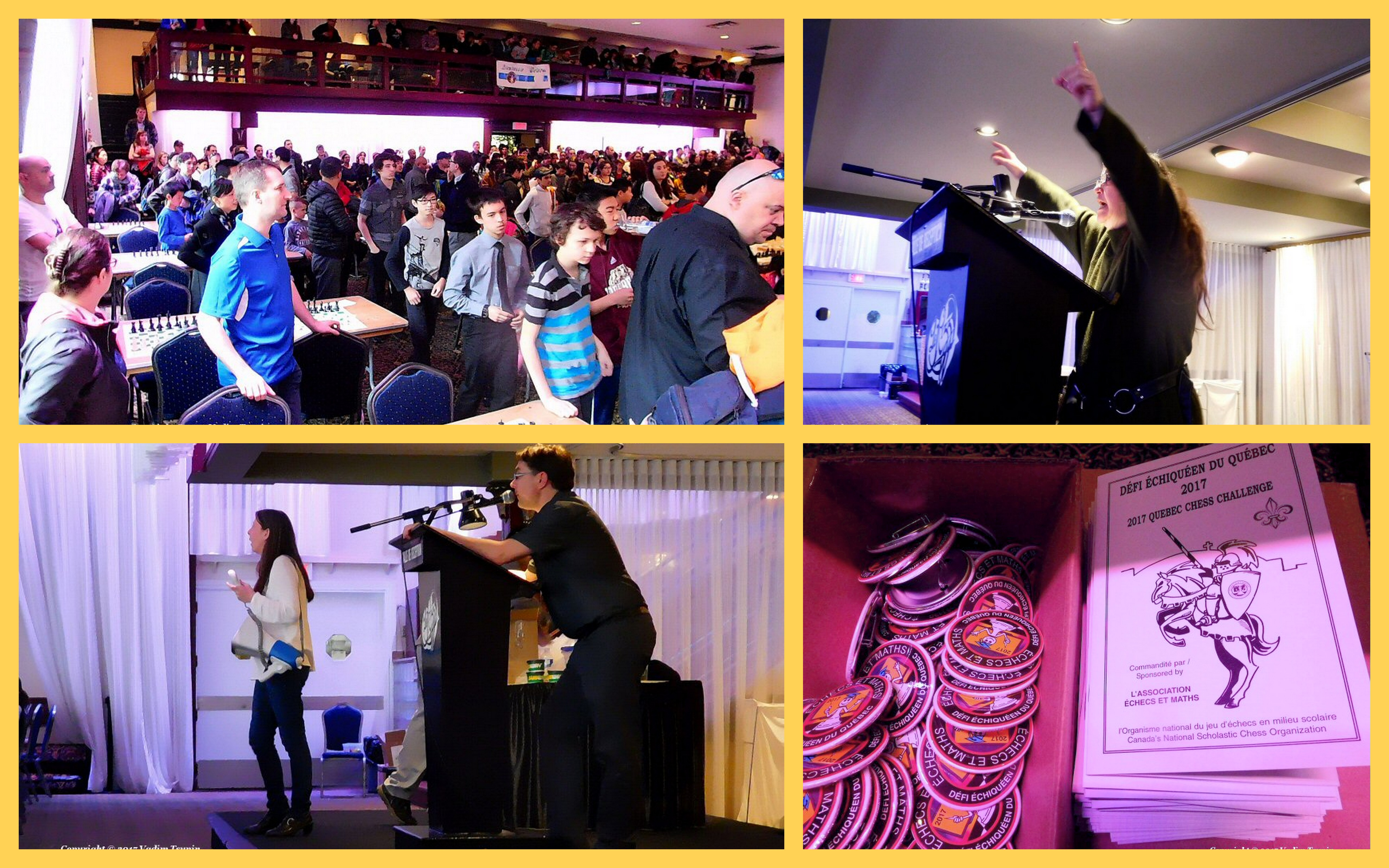 The Quebec Chess Challenge Coordinator welcomes everyone and steps down for the Tournament Director and the Chief Referee. It's about to start! 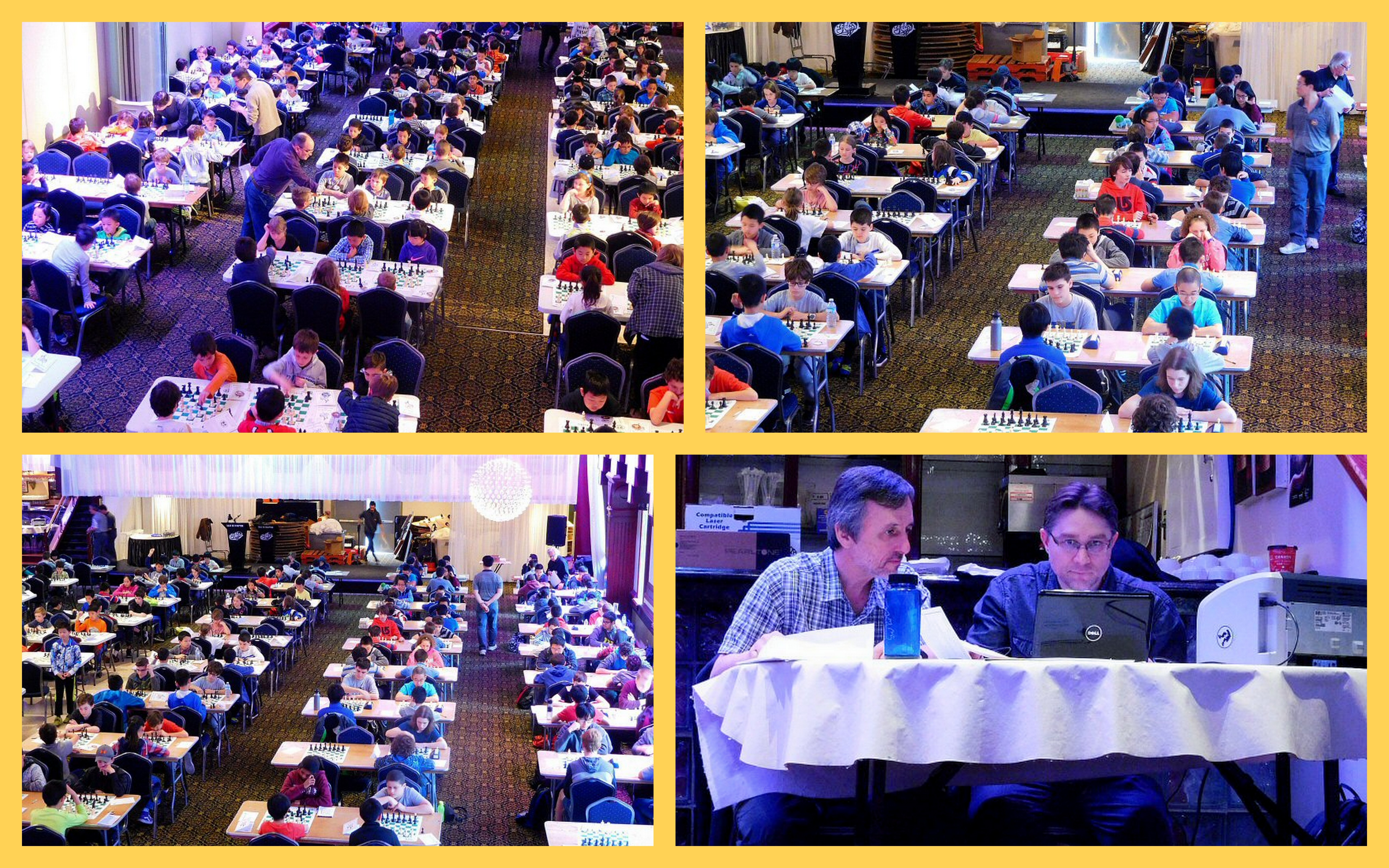 438 players from all over Quebec - Assistant (Claude Lalumière) and Chief Referee (Thierry Libersan). A work of pro! 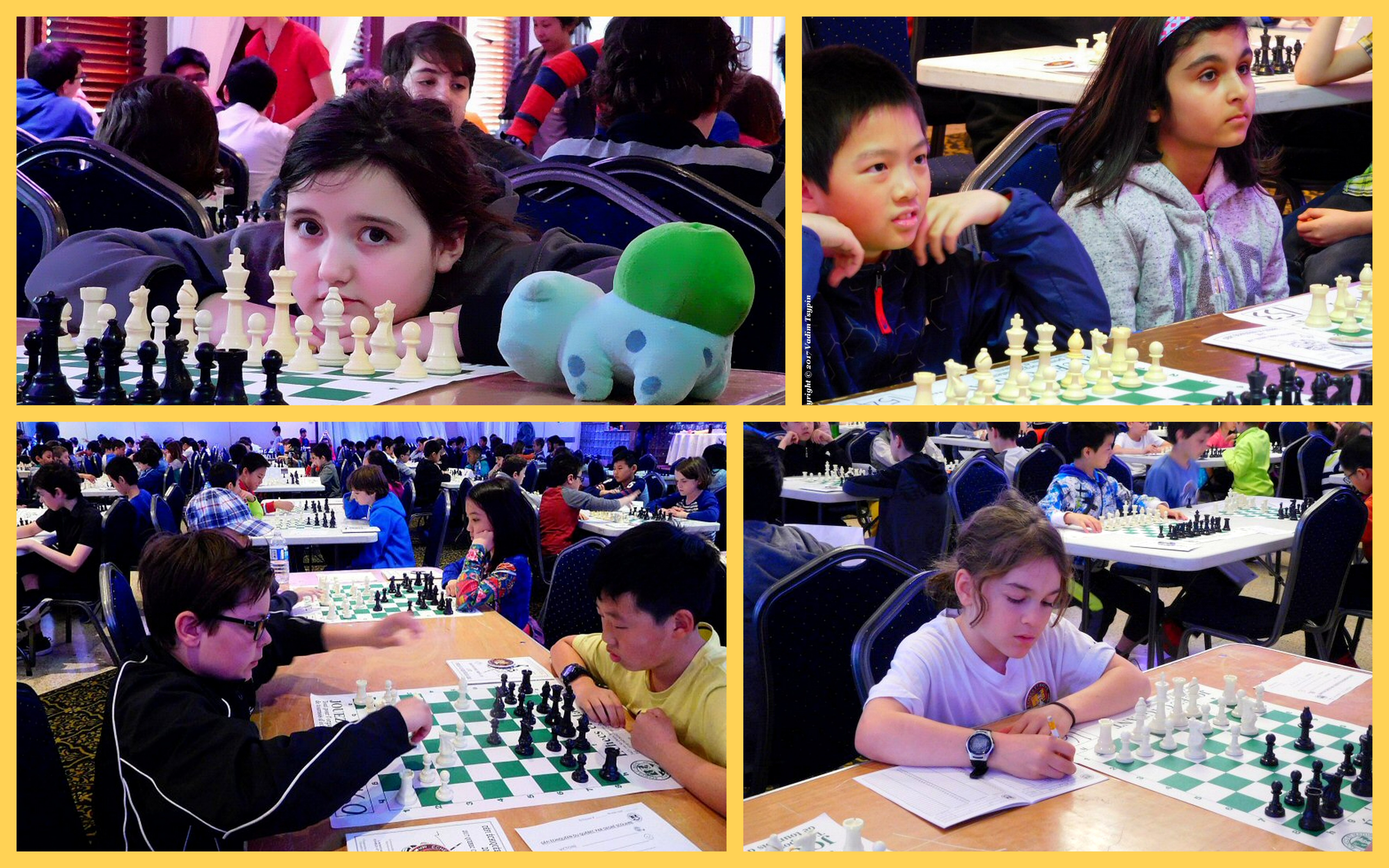 We listen to the instructions and the tournament begins! 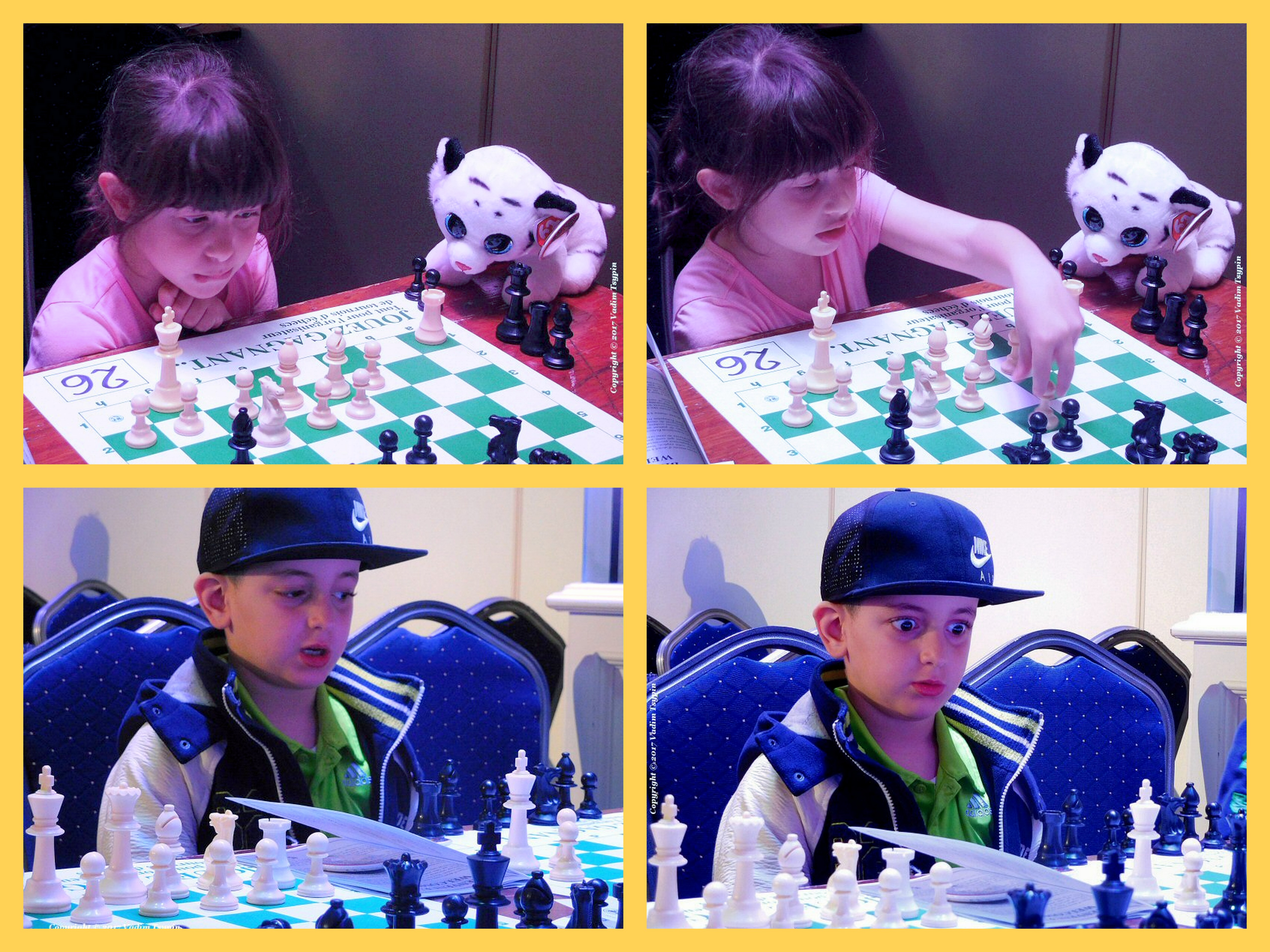 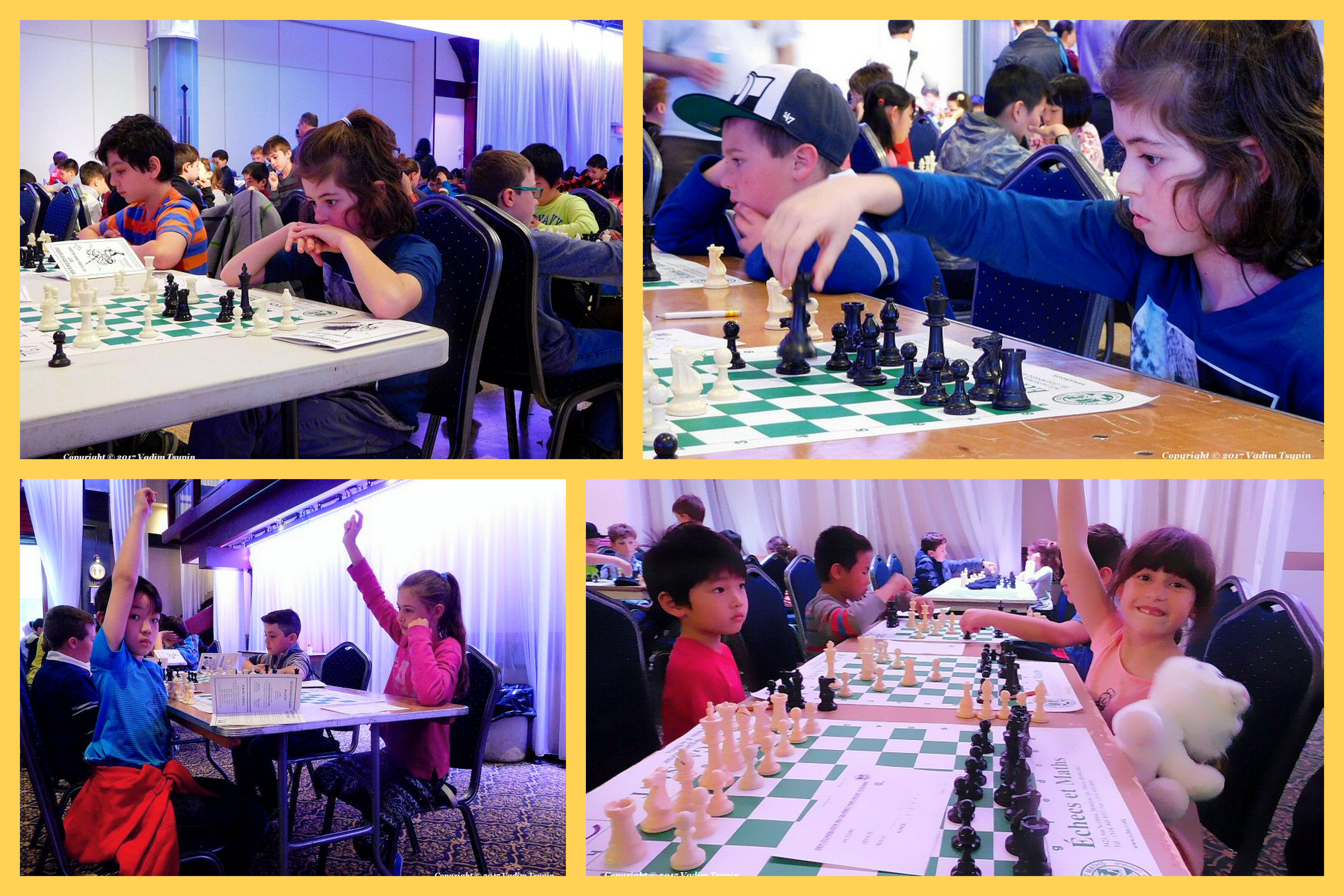 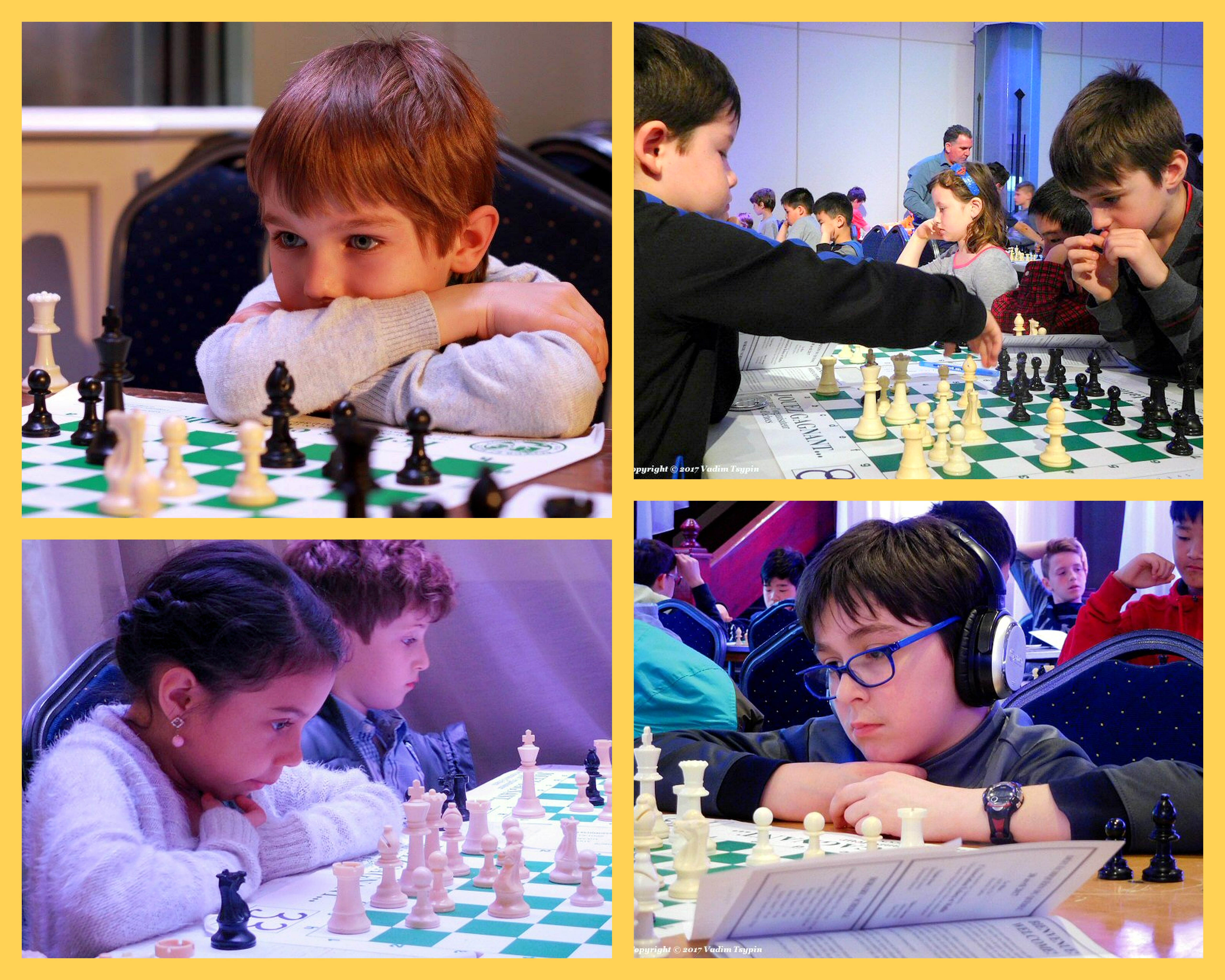 It's all about concentration! 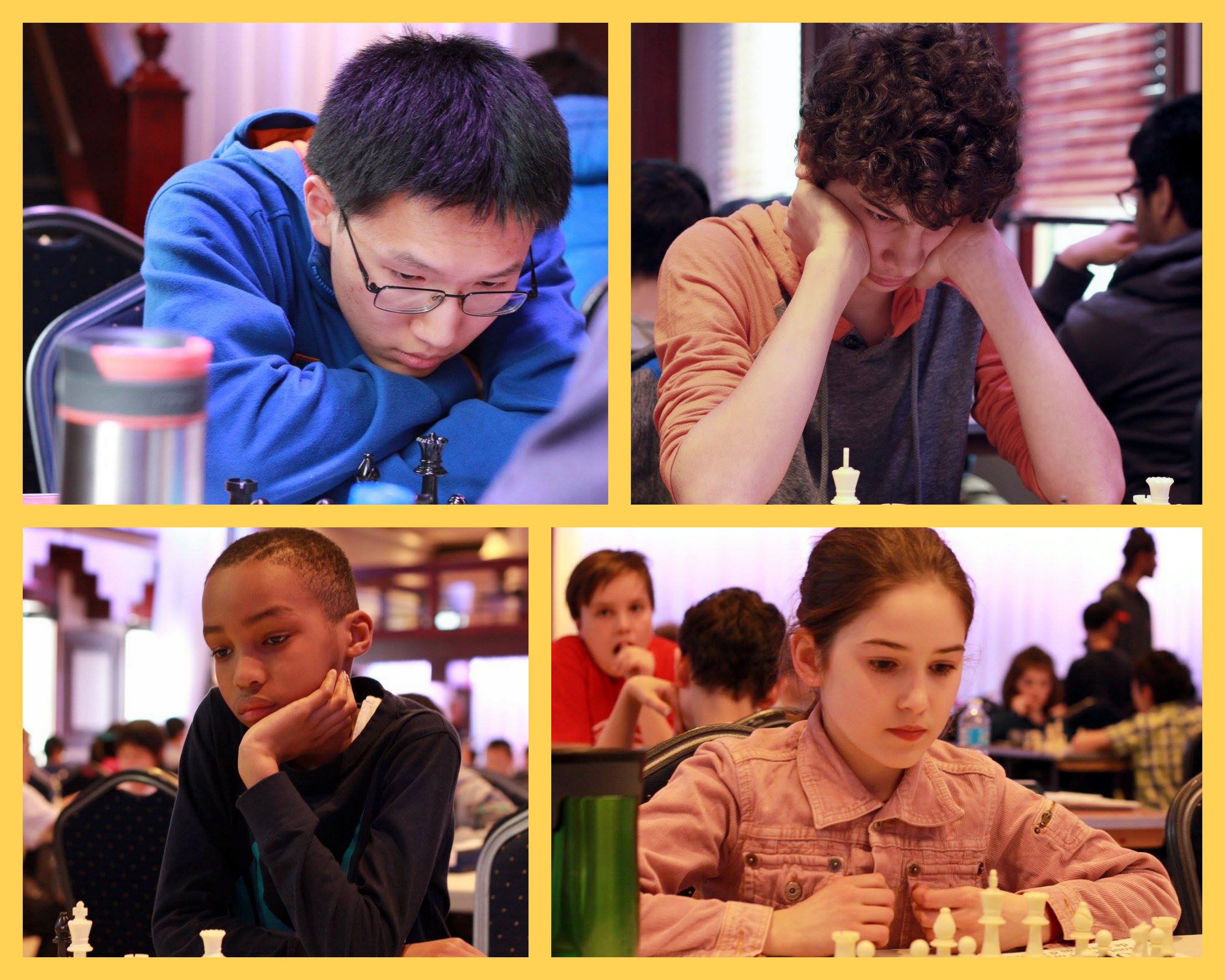 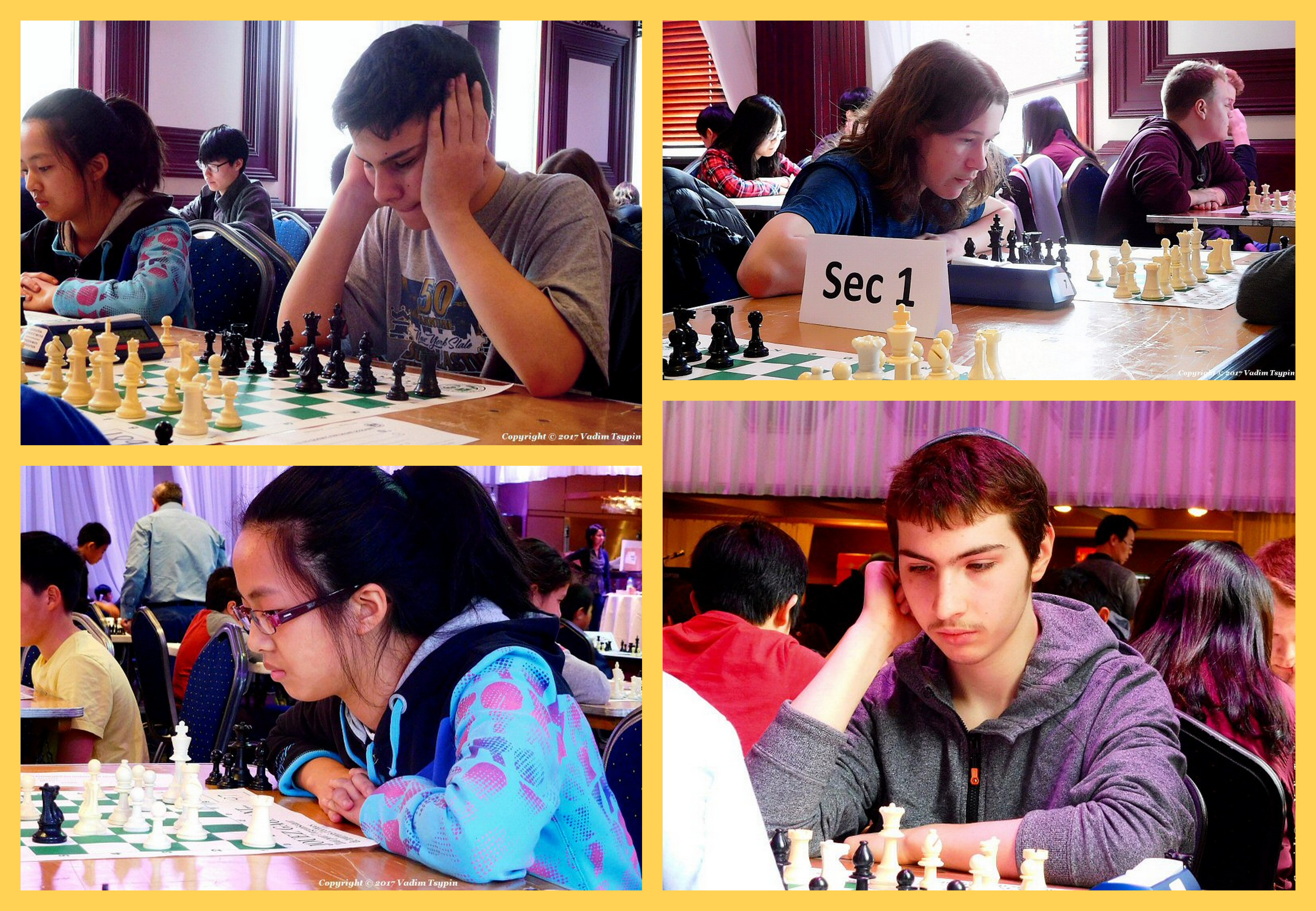 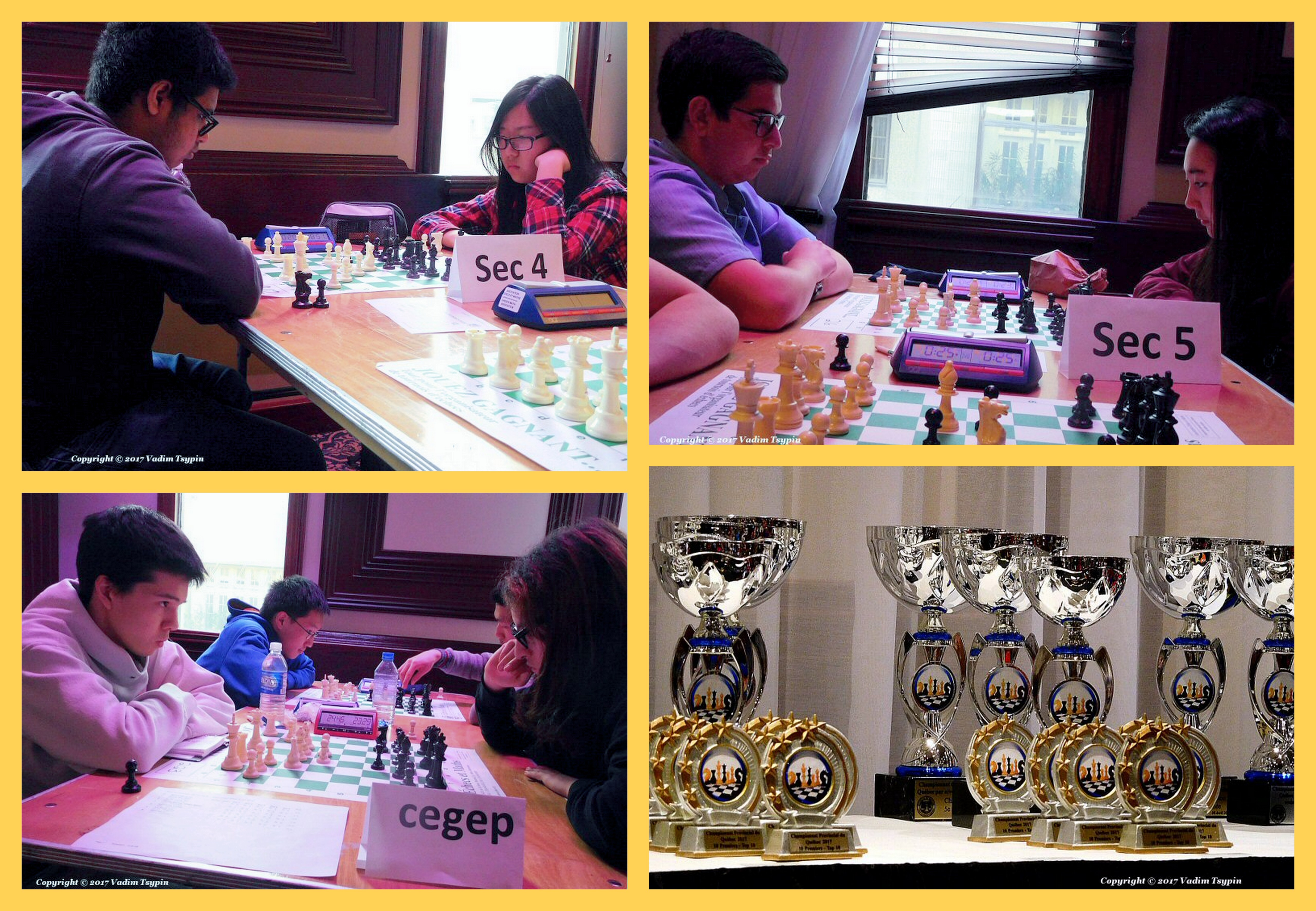 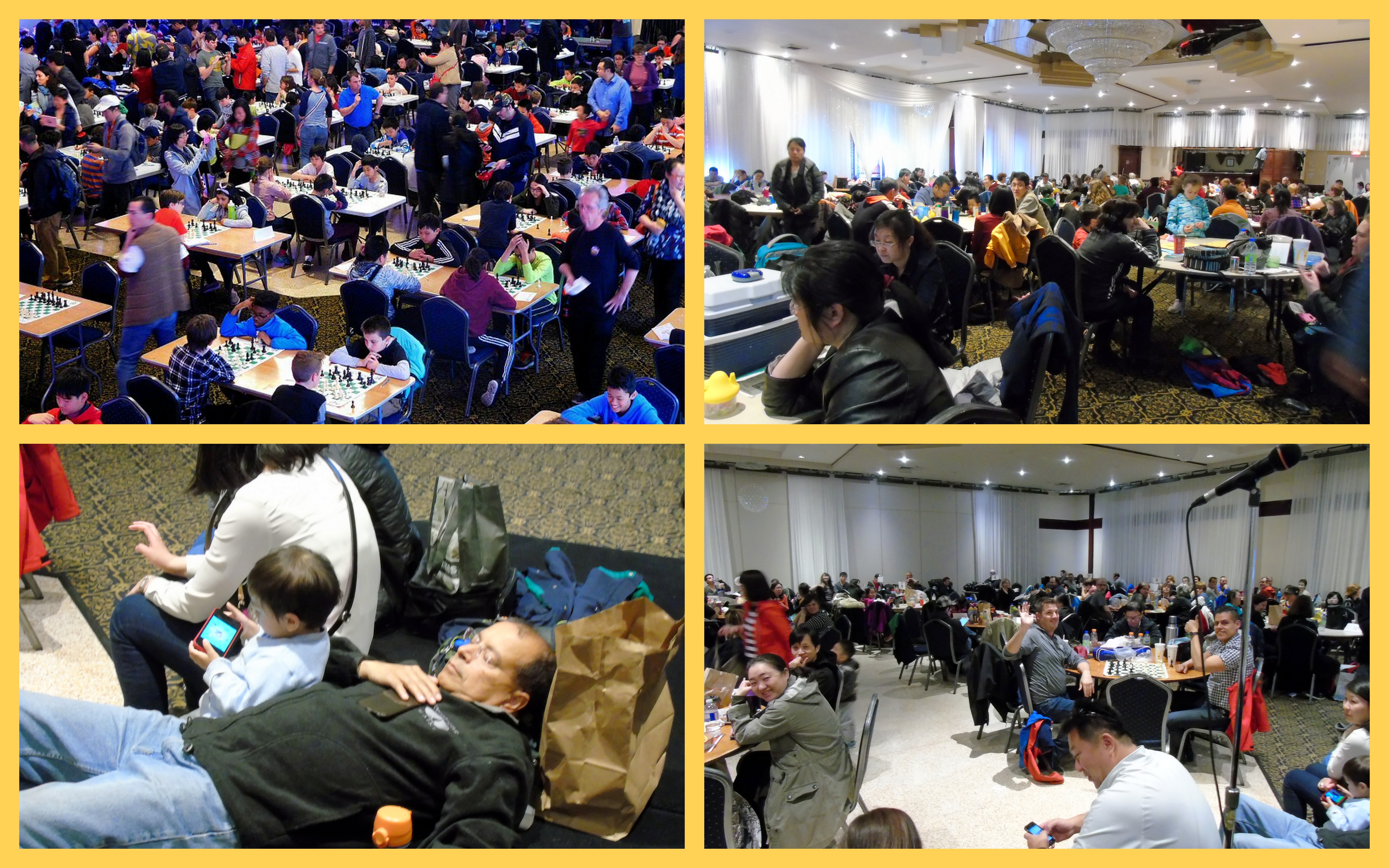 They take photos between games, they wait and they take a little nap.

Scholastic chess tournaments can be challenging for parents! 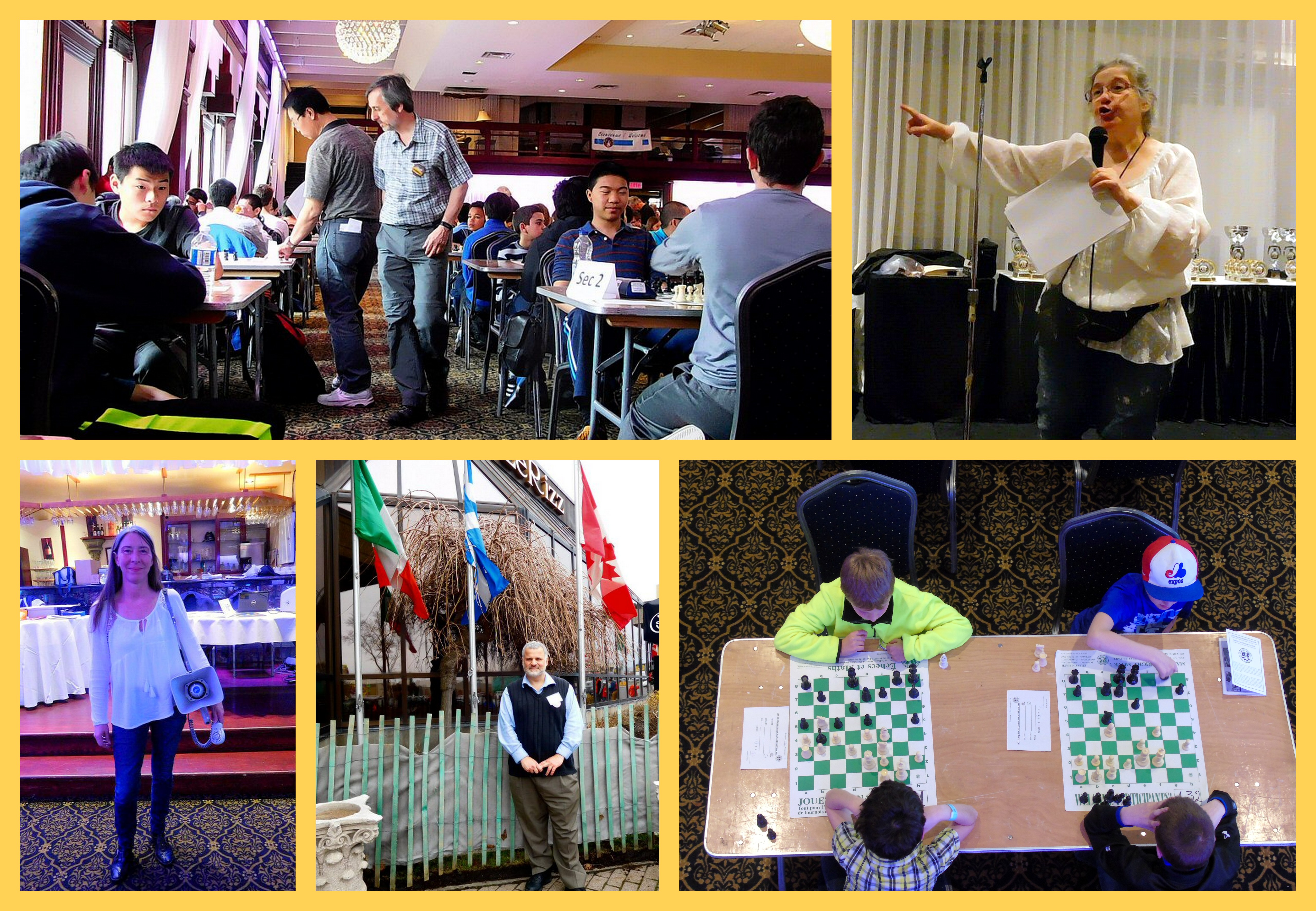 The whole team thanks you!

​Special thanks to Lefong Hua for his photos and to our photographer Vadim Tsypin.


Lefong Hua and his photos

VIDEO: Click on the next photo to see the video made by Lefong Hua at the Quebec Chess Challenge. Video on YouTube: 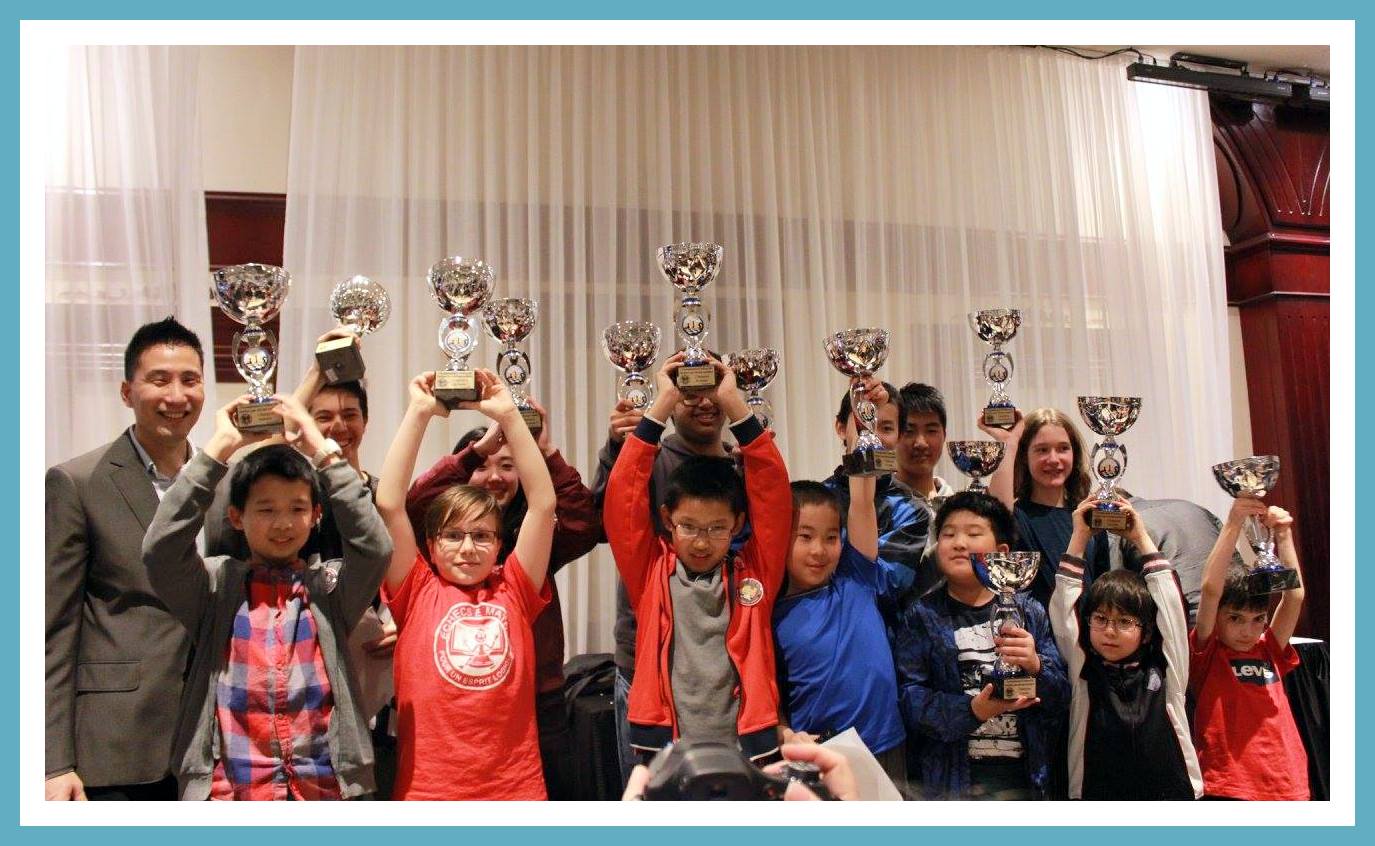