Thirty-nine players took part in the Victoria City Youth Chess Championship on Saturday March 26. The five round event was held at the luxurious Grand Pacific Hotel. The winners and runners-up are listed below. Special mention goes to Ryan Leong and Pepi Eirew for achieving perfect 5-0 scores.

A grand time at the Grand Pacific. 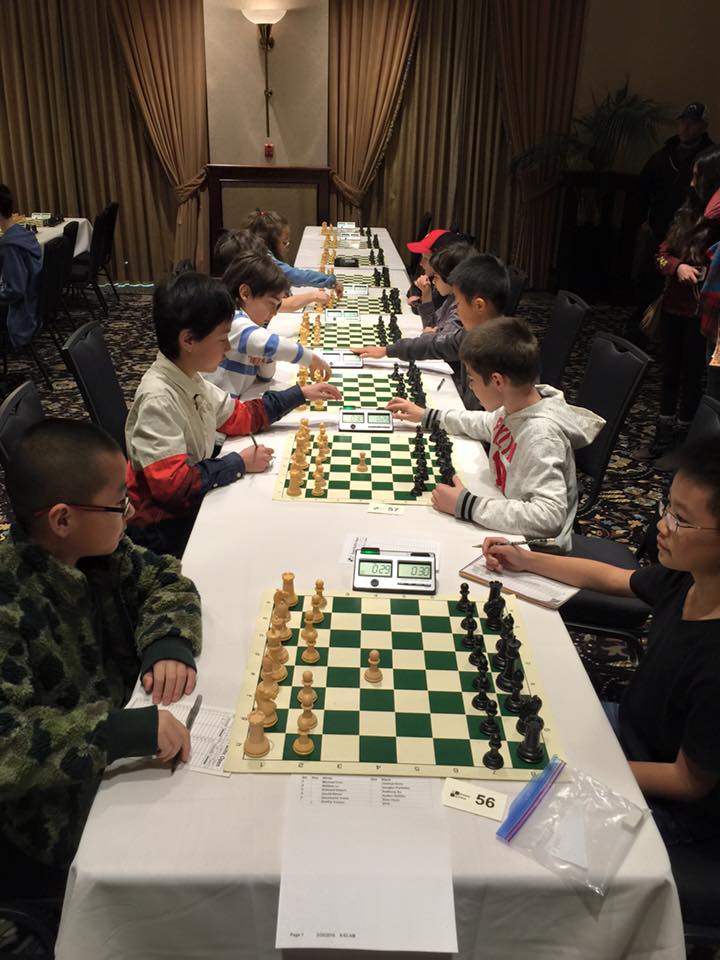 You need a good tablecloth to play quality chess, right? 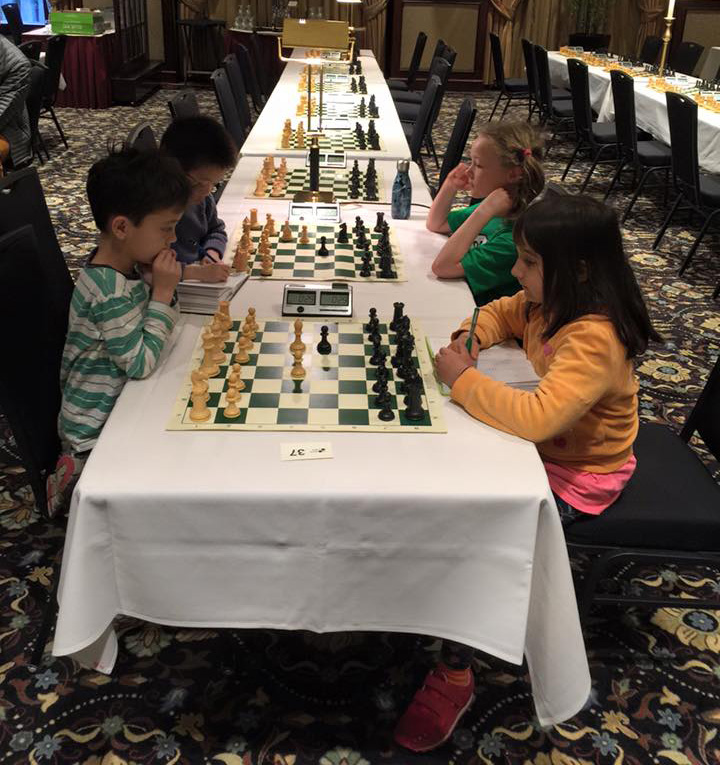 How about some Victoria trivia?

Victoria Island is in the Canadian Arctic. It is the 8th largest island in the world. Part of the island is in Nunavut, part in the Northwest Territories. Population: 1875.

For information on the Victoria Youth Chess Society, visit their website at http://victoriajuniorchess.pbworks.com

The next challenger for the title of World Chess Champion is Sergey Karjakin. The 26 year old Russian won the Candidates Tournament held in Moscow March 11-28. The event was a double round robin between eight of the best players in the world. The prize fund was $600,000 (420,000 euros), with $140,000 for first place.

The final scores show how close the competition was.

The only notable top grandmaster that didn’t qualify for the tournament was former champion Vladimir Kramnik (Russia). 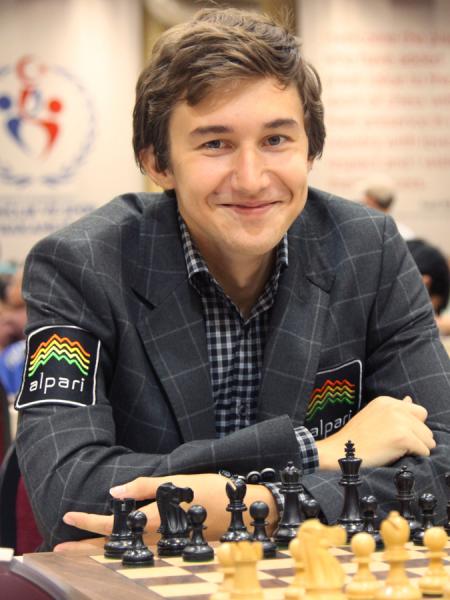 Sergey Karjakin is the youngest person to ever become a grandmaster. He earned the title in 2002 when he was 12 years, 7 months old. That is nine months sooner than anyone else. Previous record holders include Boris Spassky, Bobby Fischer, and Judit Polgar. Current champ Magnus Carlsen (Norway), now 25 years old, achieved the title at 13 years, 4 months.

Fifteen years ago Sergey was the World Under 12 Champion. This November he will play a twelve game match versus Magnus Carlsen for the ultimate title of undisputed World Chess Champion. The match will be held in New York City with a prize fund of over one million dollars.

As an example of what it takes to play for the world championship, here’s a position from the last round in Moscow. Karjakin and Caruana were tied for the lead. Win and you’re in. 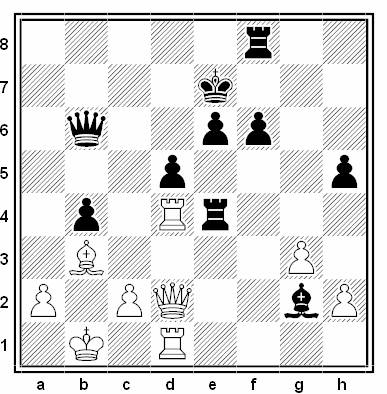 White sacrificed a pawn earlier to open lines towards the black king, but there is still a protective wall of black pawns in front of him. Black was in time trouble and just played the tricky move 36...Re5-e4? 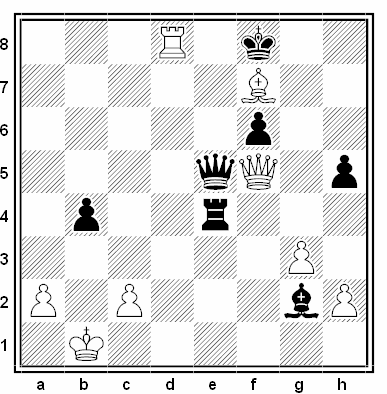 For more information and photos from the Candidates Tournament, see http://moscow2016.fide.com