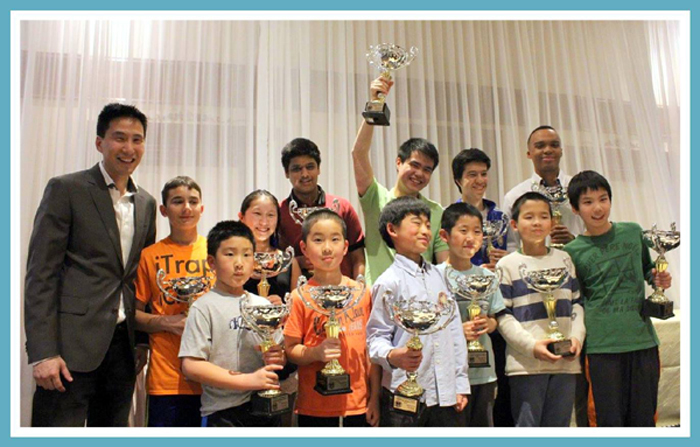 296 regional champions were invited to participate in the Quebec Chess Challenge, a five round super tournament held in Montreal on April 17. The best players in each school grade were crowned as the Quebec champions, earning them a spot on the provincial team at the national Canadian Chess Challenge.

But for two of these players, it was not enough to win first place.The fight for the title continued with playoff games. Alex Jikai Yan defeated defending champ Mathéo Huard in grade 1, while Qiuyu Huang won the honours for the fifth consecutive year in grade 5, over Tyler Tanaka. A true battle of nerves!

The twelve provincial grade champions will represent Quebec on May 22-23 at the nationals in Regina, Saskatchewan. Some of the 2016 champions, Qiuyu Huang, Maïli-Jade Ouellet, and Richard Zheng, already have Canadian titles to their credit. Good luck, Québec! 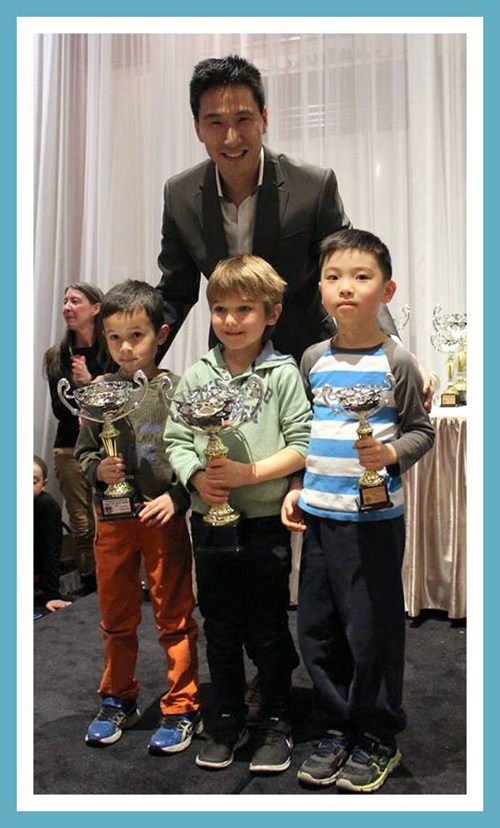 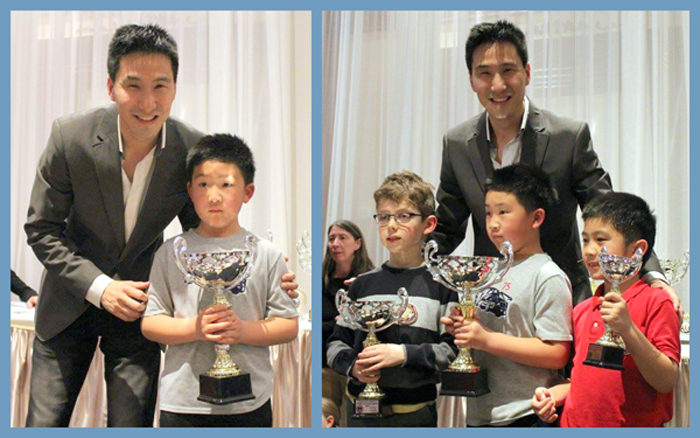 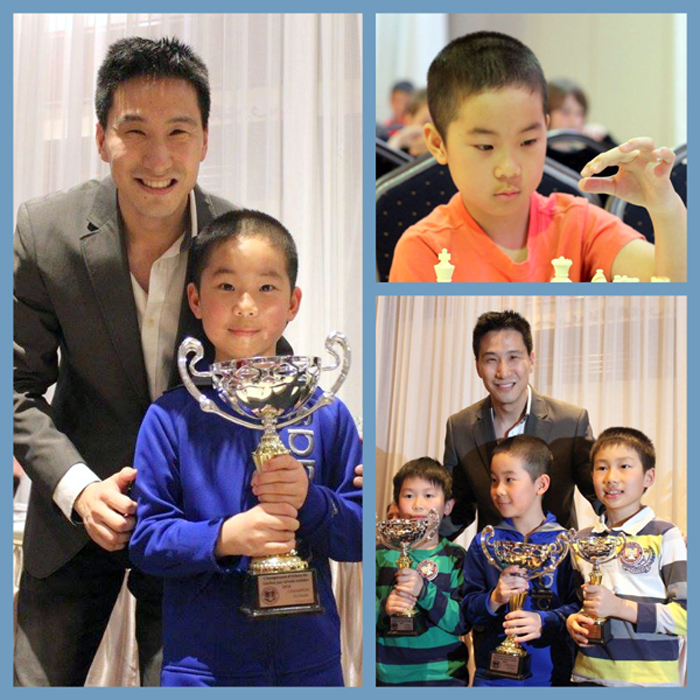 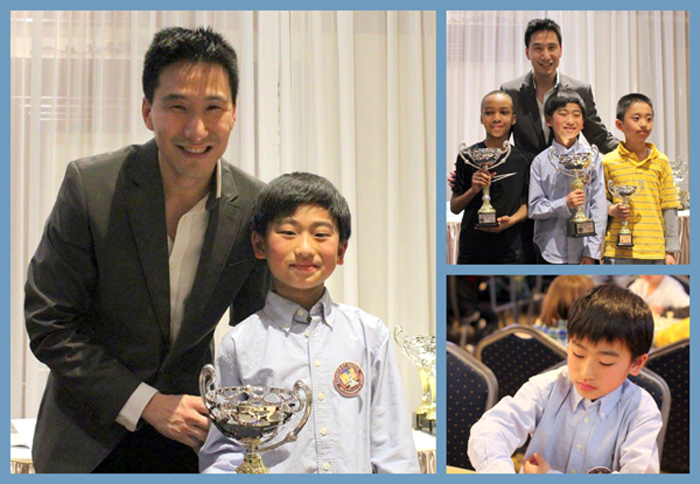 Zihi Zhong won the five-way playoff for third place. What a battle! 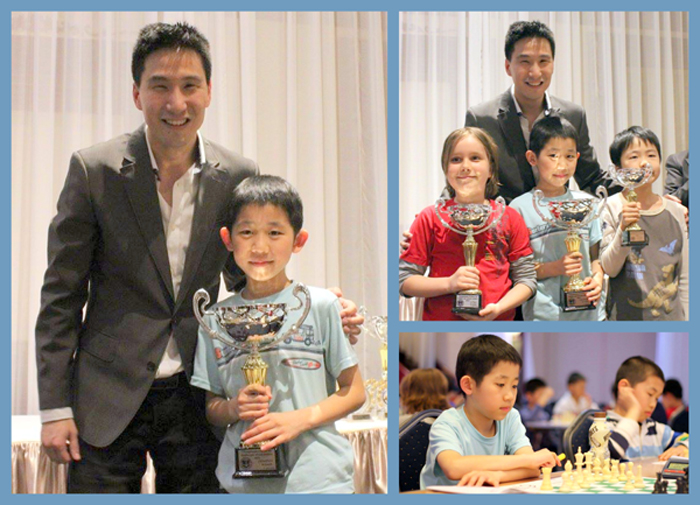 Qiuyu won the playoff against Tyler.

Alan won the playoff against Yan. 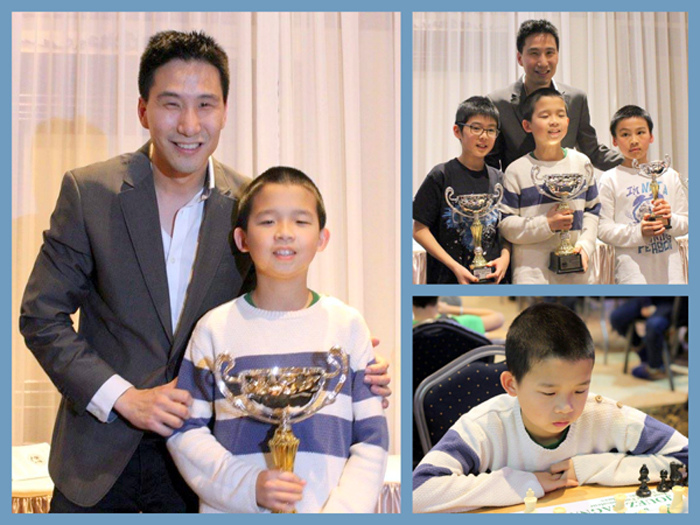 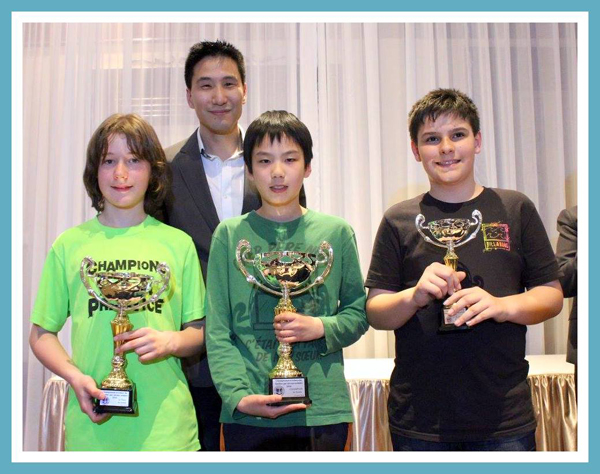 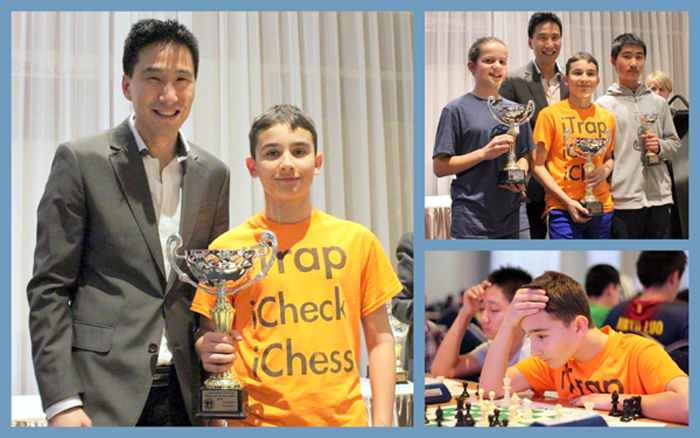 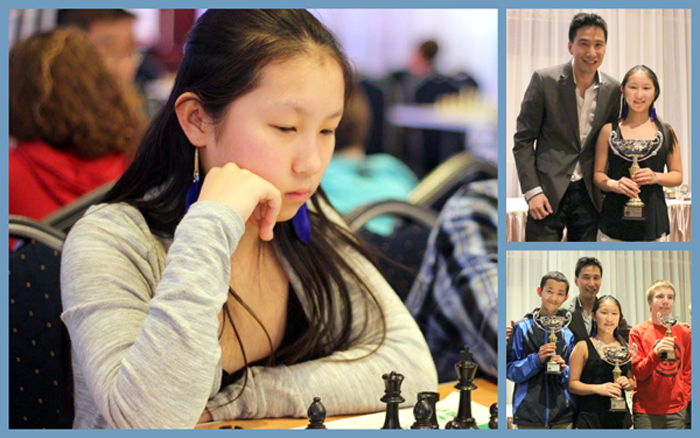 Ananda won the playoff against Matthieu. 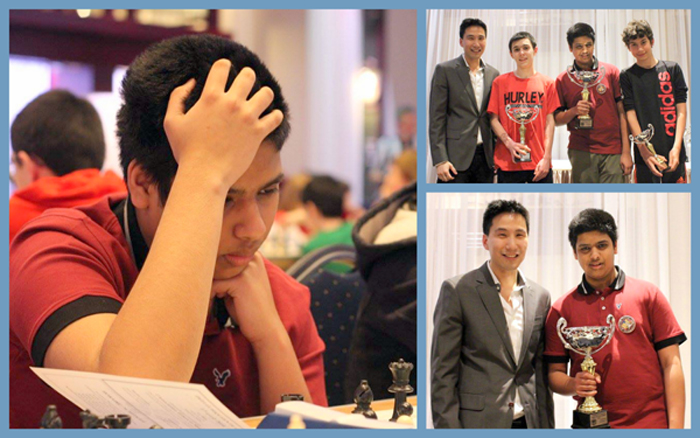 Linda won the playoff against Marc-Antoine. 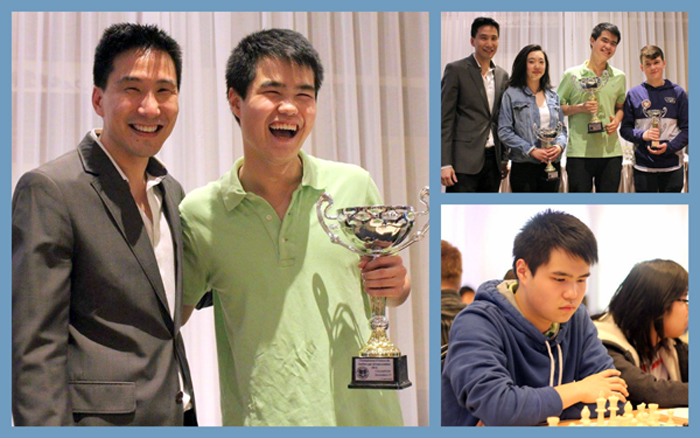 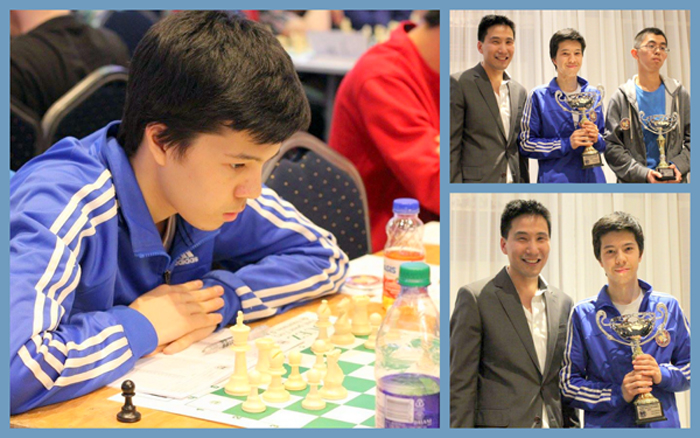 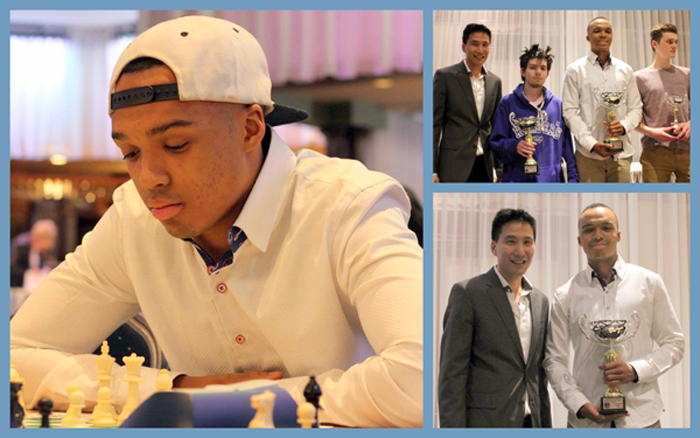 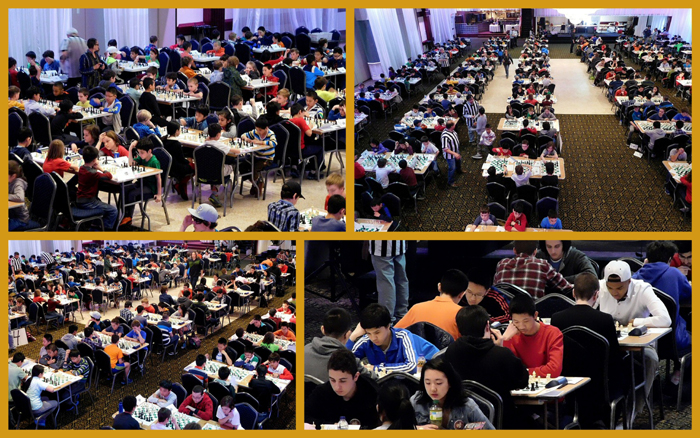 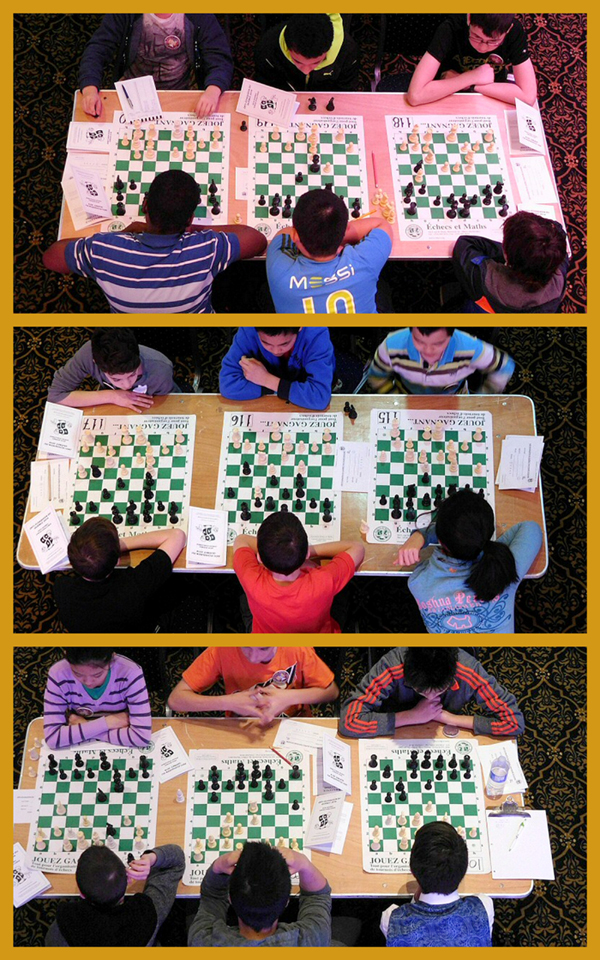 For lots more photos from the Quebec Chess Challenge, see
Photos of the QCC 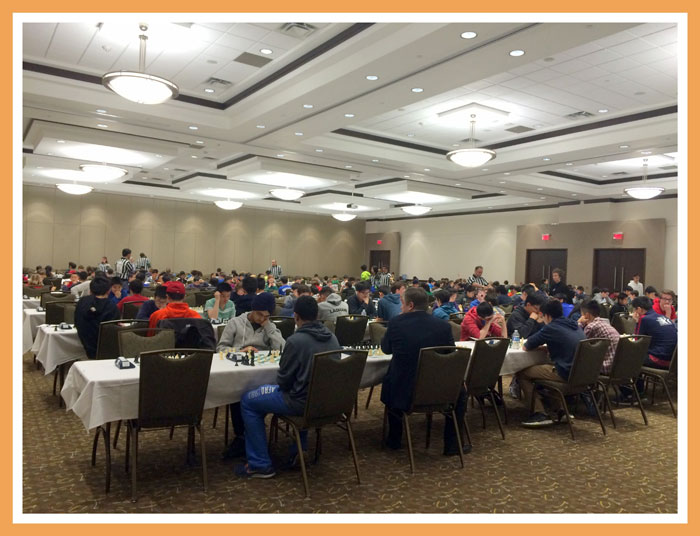 442 regional champions took part in the Ontario Chess Challenge, held on April 17 at the International Centre in Mississauga. The tournament crowned twelve players as provincial champion in their school grade, earning them a place on Team Ontario at the Canadian Chess Challenge on May 22-23 in Regina, Saskatchewan.

You might think that a perfect score would guarantee you first place on the podium. But this was not the case for three players who had to settle for second after a playoff. In grade 5, defending champion Max England was victorious over Kevin Zheng. Grade 6 saw Nicholas Vettese (also defending champion) defeat Alan Li. And Joseph Bellissimo won against Qiyu Zhou in grade 10.

This tournament was particularly special for the new grade 12 champion, Zehn Nasir. Zehn began playing in CMA tournaments in 2006 while in the third grade. He participated in his first Ontario Chess Challenge two years later and has climbed the ranks ever since. Imagine his excitement when he finally won the championship in his final year. All he needs now to complete the fairy tale is a victory next month in Regina. Good luck, Zehn!

Here are the results. 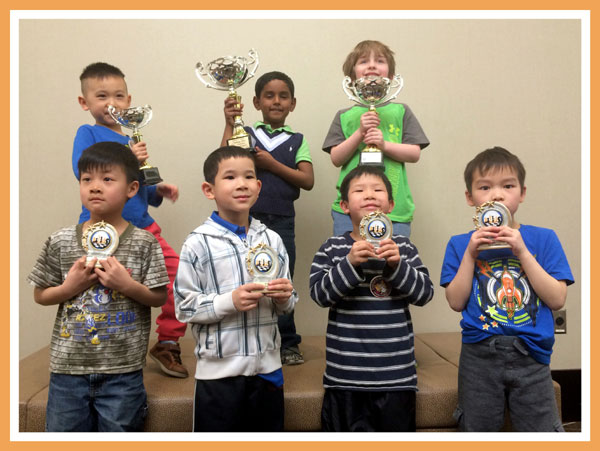 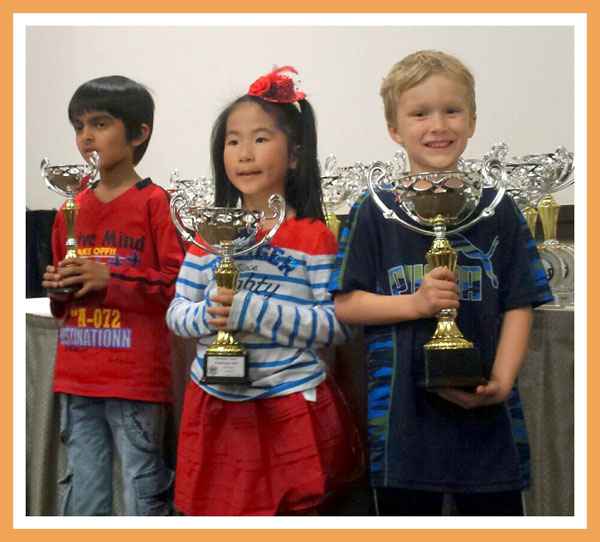 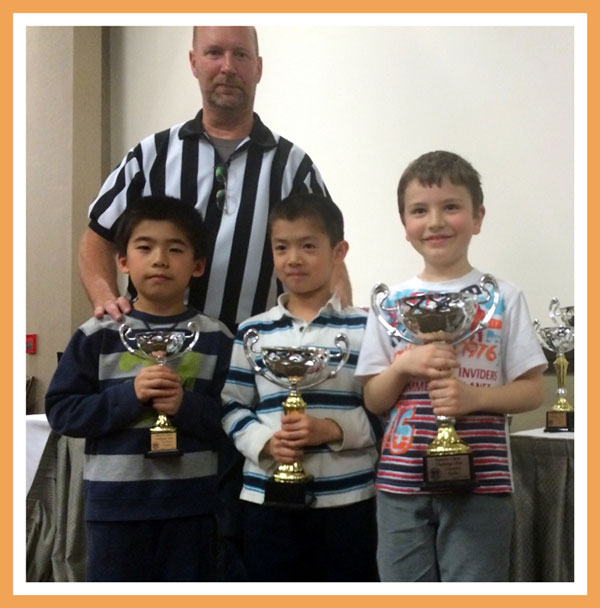 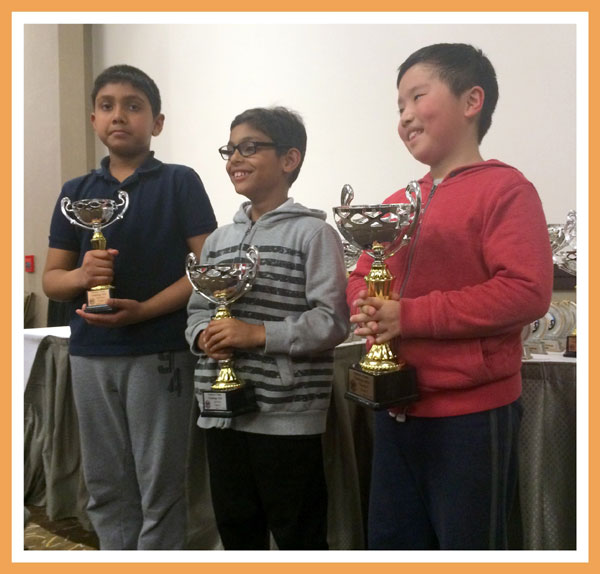 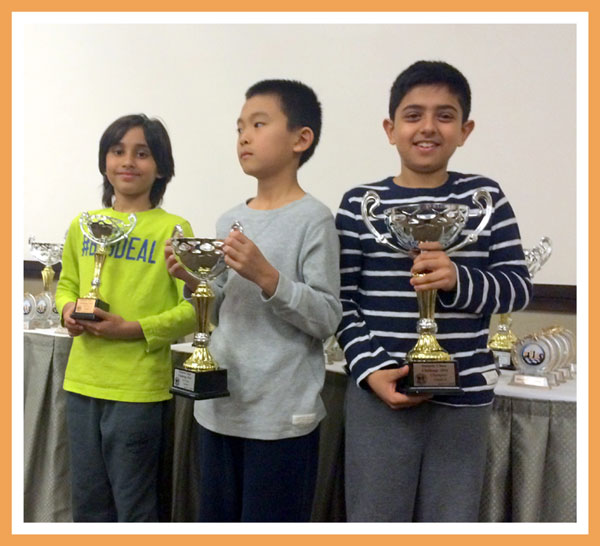 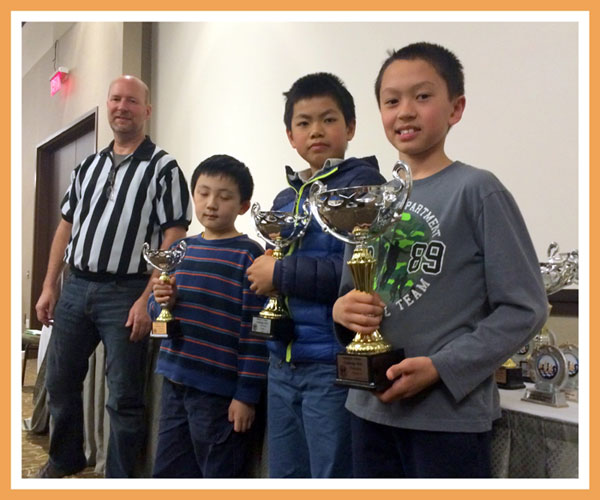 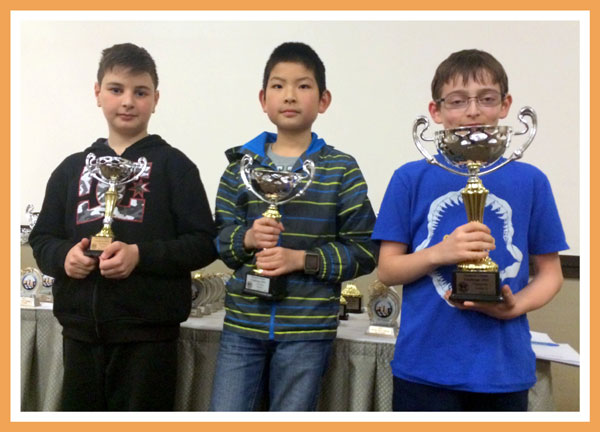 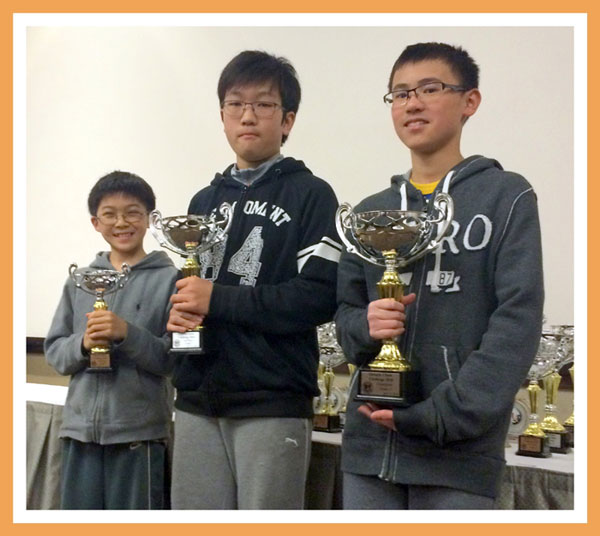 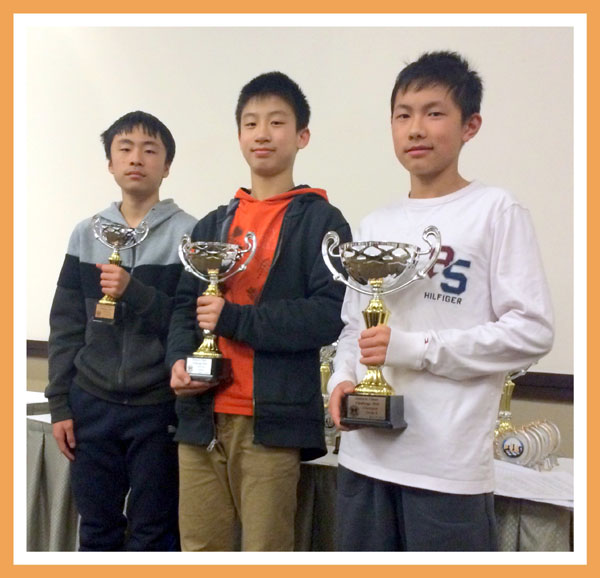 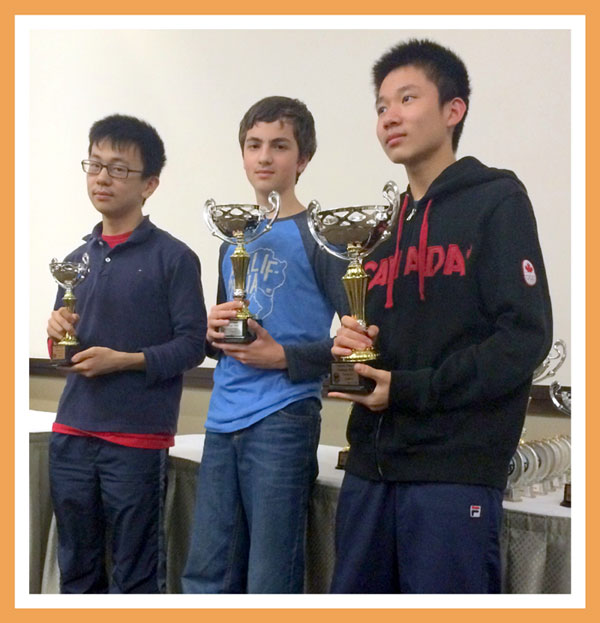 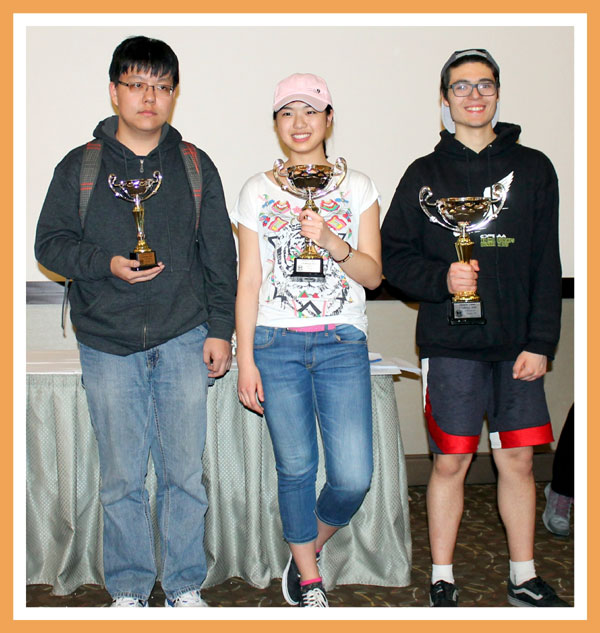 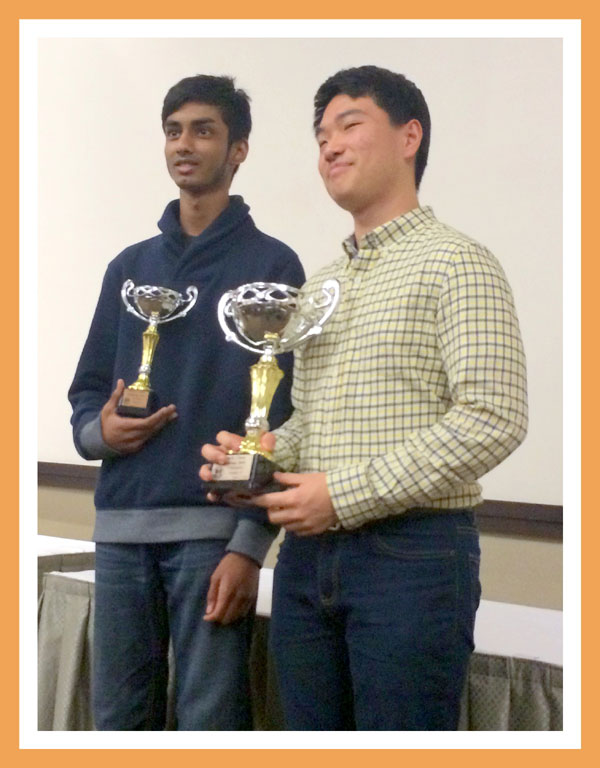 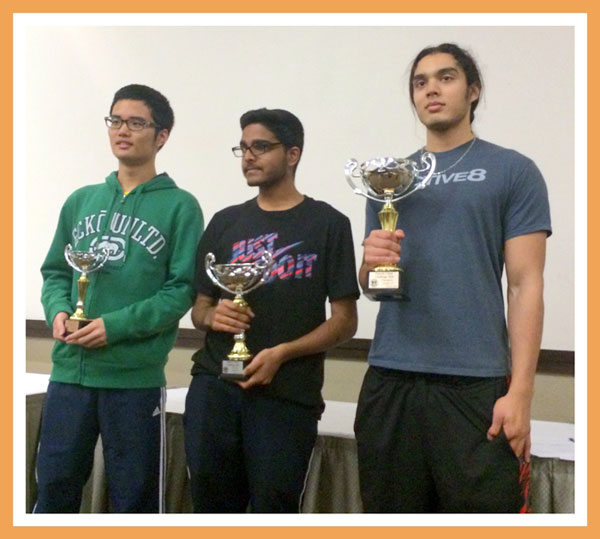 The New Brunswick Chess Challenge took place at Cité des Jeunes A.M.Sormany in Edmundston on April 16th. It is always one of the biggest annual chess tournaments in Canada. This year there were 330 players! The winners in each section qualify for the nationals in Regina, Saskatchewan over Victoria Day weekend. Additionally the top two in each grade qualify for the Maritime Scholastic Team Championship in November, where they will face off against teams from Nova Scotia and P.E.I.

The tournament was excellently organized by Mylène Bossé Lamarre in collaboration with the New Brunswick Chess’n Math Association.

Grade 7. Cynthia Cui (left) will be playing in her fourth nationals. She tied for 3rd
place in grade 6 last year.

New Brunswick has finished fifth at the Canadian Chess Challenge the past three years, winning the special award for best Atlantic Canada team.

The Saskatchewan Chess Challenge was held in Regina on April 16. The winners in each grade will be part of the provincial team playing at the nationals next month. Good luck to this year’s home team!