An Interview with FIDE Master Marc Ghannoum by Victoria Jung-Doknjas

FM Marc Ghannoum has travelled the world to play chess and today is a physician.  Like many young Canadians, his first tournament was organized by Chess’n Math, or Échecs et Maths as it is known in Quebec.  He offers some insightful comments on what chess can teach us in terms of humility, determination, and capacity for objective analysis. 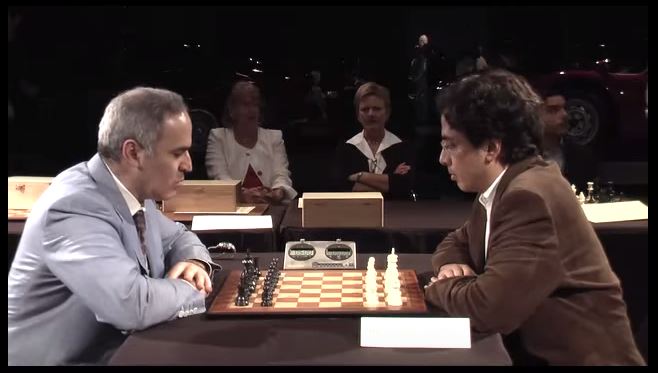 Please describe your history or background as it pertains to chess and Chess’n Math.

Marc:  I learned to play chess when I was about 6 years old.  My uncle was a decent chess player at the time (about 1800) and showed me the rudiments of the game.  I wasn't a big fan but played casually with friends for a few years. In Grade 6 (elementary school), my buddies convinced me to take up a chess class.  I joined hesitantly.  I got hooked the day the teacher showed us the Morphy-Brunswick duke game, with the piece and queen sack.  The rest has been a life-long love affair.  Played in my first chess tournament shortly after, which I believe was in 1985 and organized by Echecs and Maths.  I came in third, losing a crucial game against Philippe Nataf, who was the chess king at the time. Until 1992, I regularly played in Chess'n Math tournaments. I remember with great joy the Sunday mornings at Lionel Groulx high school up to the famed Xios-Gems national championships. I 've played in many of them avidly. 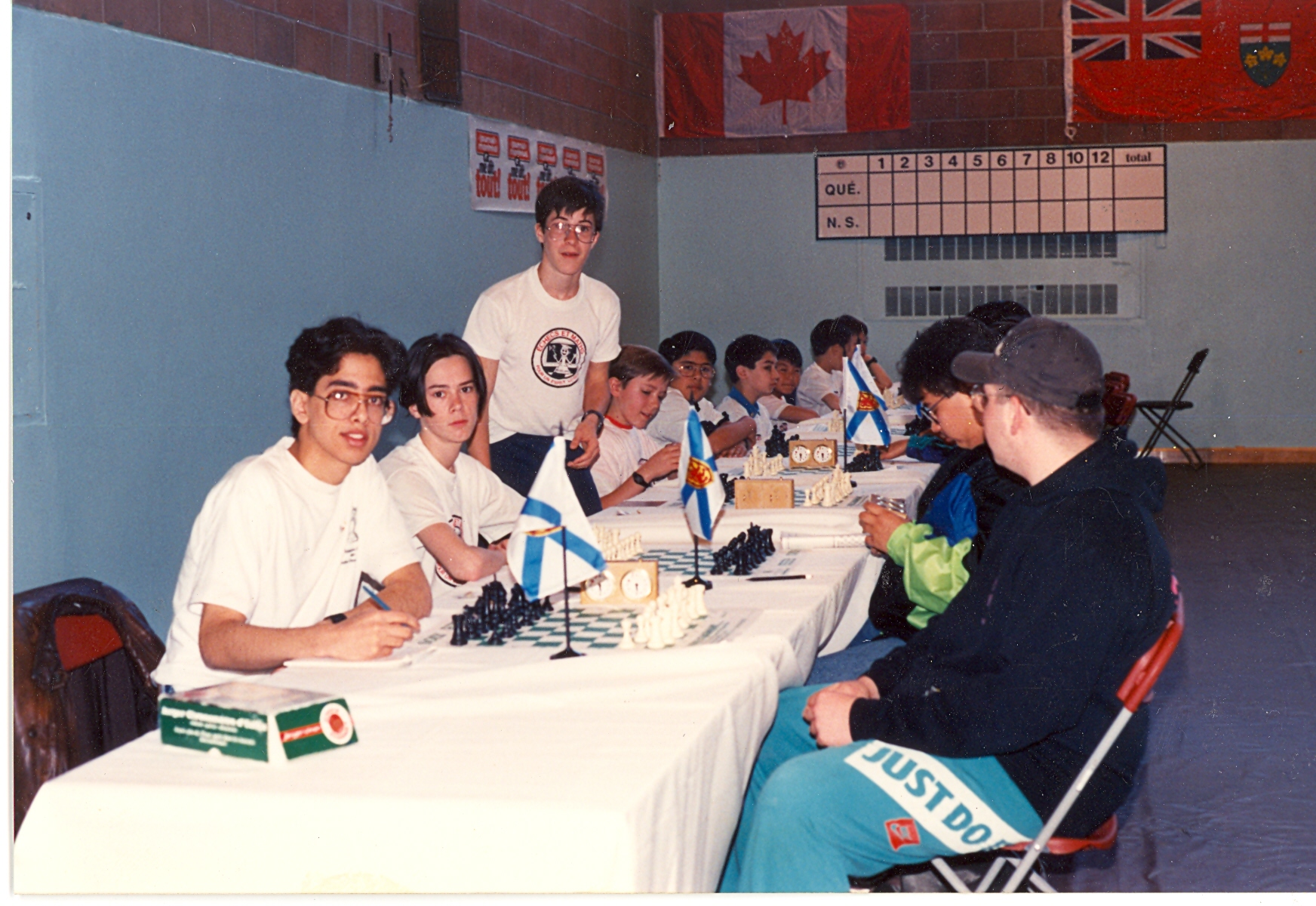 In 1991, playing chess in the National Championship (Echecs and Maths).  Finished second.

What do you think chess and your involvement with CMA have given you; what positive impact has it had in your life?

Marc:  I owe a great deal to CMA.  They were the premier organizers of youth championships and funded several tournaments that I could participate in.  These were my training ring for the more adult tournaments which I later competed in.  It would be difficult to dissociate chess from my personality today.  I don't think there has been a single day in 30 years where I didn't look at a chess website or magazine or book.  The impacts are huge and too numerous to mention here but I'll single out 2 of them: first, chess not only teaches you how to win, but more importantly how to lose.  Chess can be a brutal and devastating game at times.  I've seen tremendously gifted individuals like Pascal Charbonneau and Magnus Carlsen cry after a dramatic defeat.  Progress and improvement are only possible if you've lost (a lot!) and take lessons from these losses.  Many kids quit chess after a bitter disappointment at a tournament.  I can't blame them for I’ve had that same feeling after similar losses.  But you learn from them, you understand that it is only a game and that life goes on.  In my mind, it's a lot better to learn to lose when you're 12 than when you're 25.  Because chess is a game devoid of luck, there is no way to hide from a loss and to deflect responsibility on to others.  It requires a great deal of humility and willingness to improve; but, those who do benefit a great deal.  I'd also mention the capacity for objective analysis.  Chess forces you to evaluate and assess positions objectively.  Although there is a degree of intuition and imagination, a position can only be judged as being better, worse or equal.  Opposing views can be debated but in most cases, it is possible to conclude on who's right.  I believe that this is an invaluable asset later in life.

What doors and opportunities have chess and your involvement with CMA opened up for you?

Marc:  Obviously having a chess background, it opened doors for me.  Even at my interview going in medicine, they had noticed how much they were impressed by this.  As a doctor, I’m often confronted with situations where I don't have all the information and when a prompt decision has to be made quickly, yet require an intervention that both the patient and I can live with.  This is not unlike chess.  Time constraints force you to choose a move and make the best of that situation despite the uncertainties.  I'm not exaggerating when I attribute a lot of my successes in my field of work to the great efforts put in by CMA and Larry Bevand. 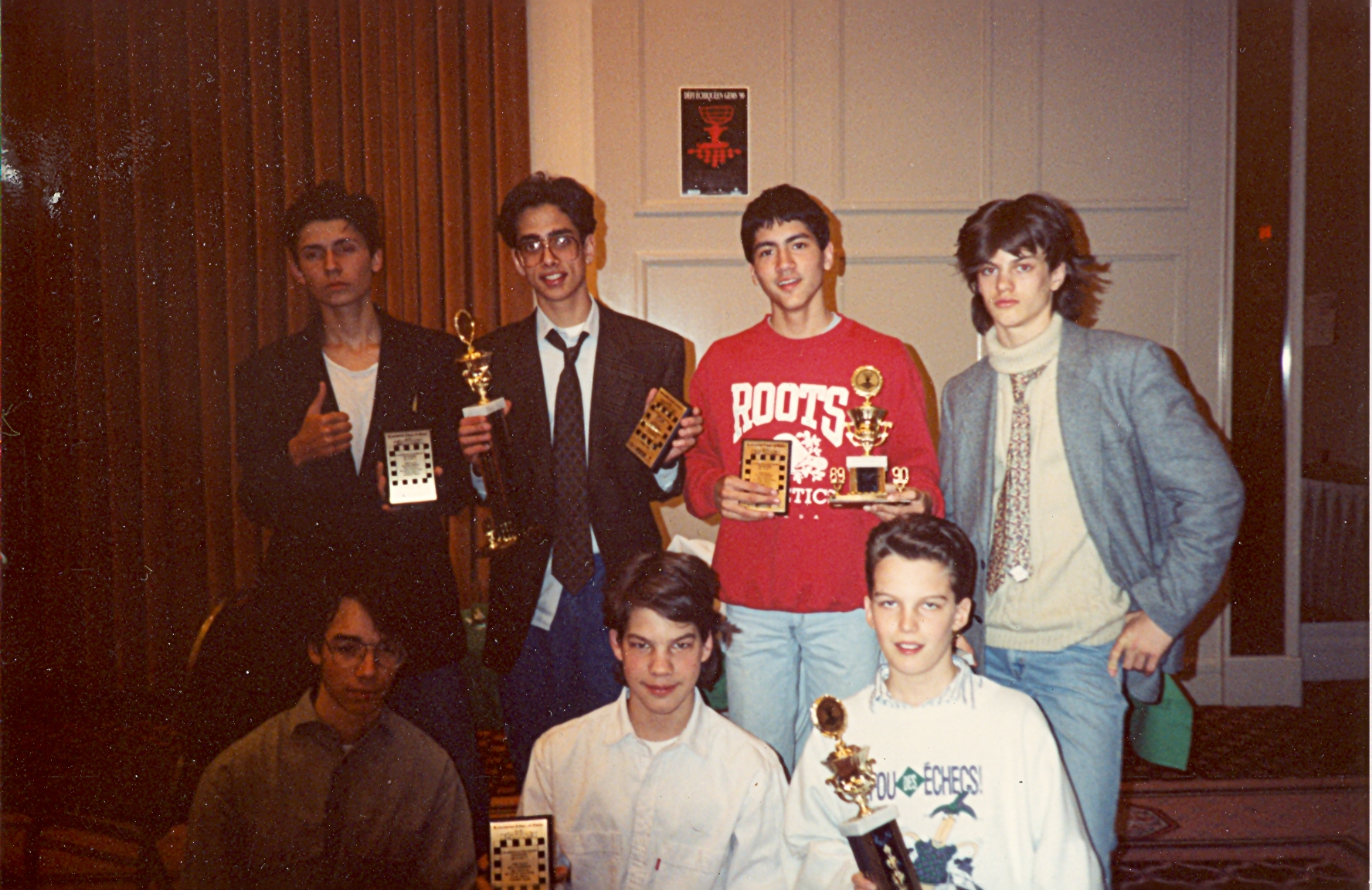 In 1990, winning the Quebec Championships, Echecs and Maths.

What are your most proudest accomplishments in chess?

Marc:  I've had several successes and disappointments during my chess career.  Interestingly, the ones I am most fond of were team events where we could share the glory and hardships as teammates.  I'd mention my first team even representing my elementary school in 1986 (organized by CMA, I still have the trophy!) where we came first (including a win against my bitter rival Philippe Nataf).  Also, winning the Intercollegiate championships for Brebeuf in 1992, and coming in second at the team pan-am championships (representing Mcgill).  That last one had a funny incident.  We played against NYU in the last round (they had a GM and an IM).  One of our boards lost swiftly, and of the other 3 boards, we had a decent position in 1 game (I was getting blasted by the IM).  Seeing that we had no chance of winning, Nicolas Arsenault agreed to a draw and left the hall with Alaa-Edine who had just lost.  In an incredible turn of faith, George Katsenos and myself saved losing positions and actually won our games, which meant we won the match.  I still remember Nicolas' face when he came back in the playing hall and told him we took overall second place. 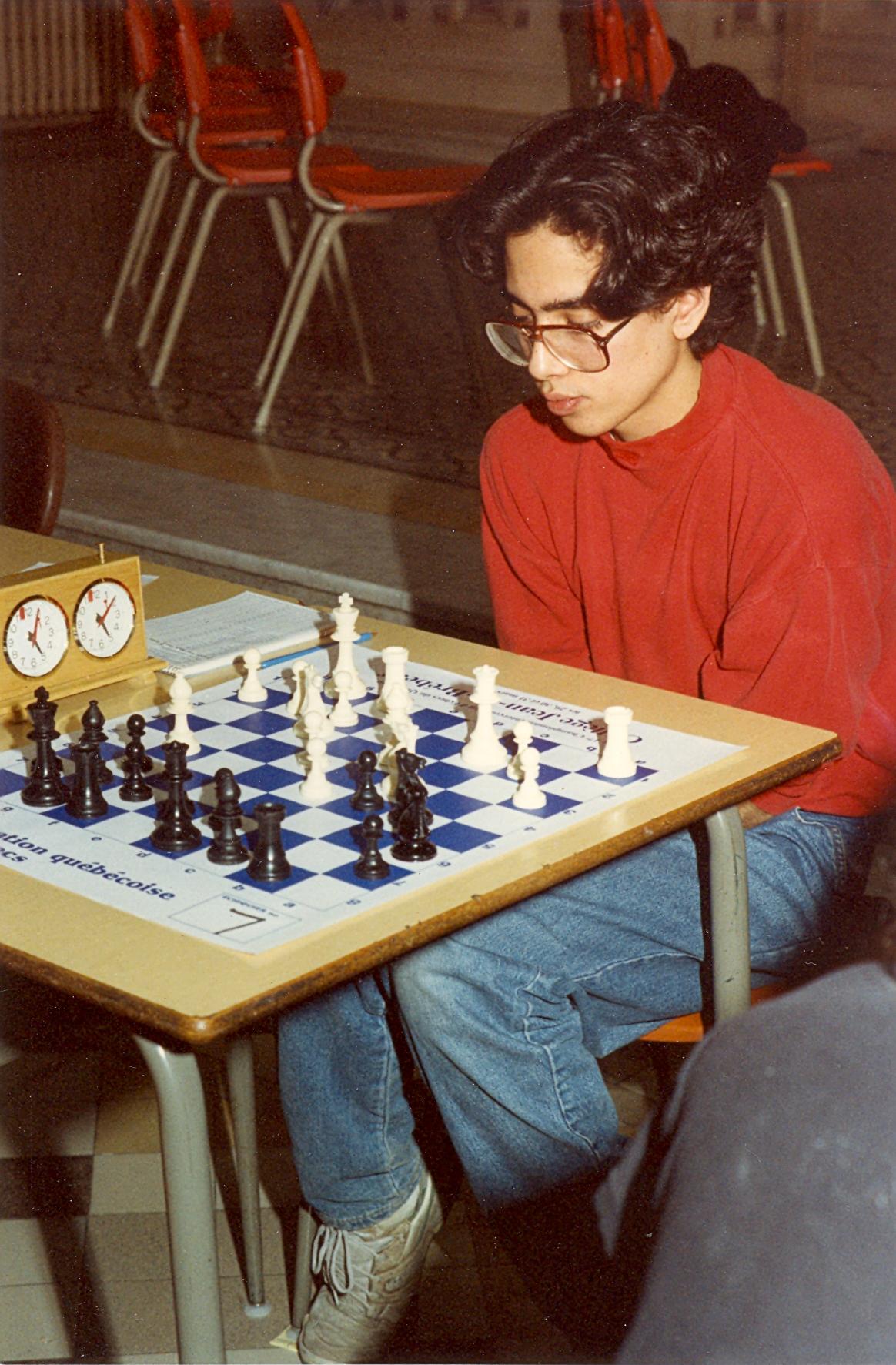 In 1990, playing chess at the Intercollegiate Championships.

What is your job today?

Marc:  I'm a physician, specialized in internal medicine, nephrology and clinical toxicology.  I treat patients but also have a major interest in research especially the use of dialysis in the treatment of drug poisoning, a topic where I've presented and published a lot. 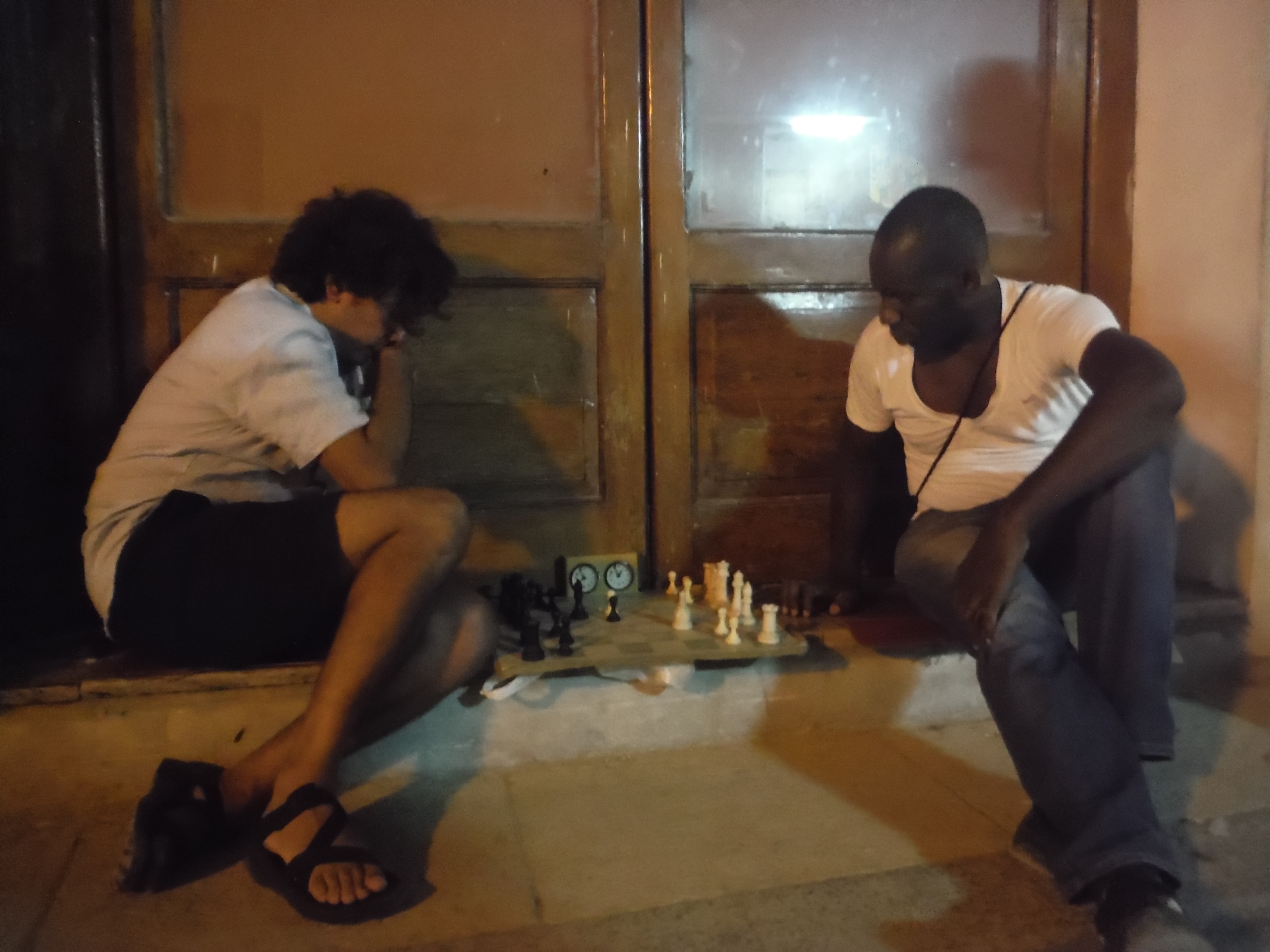 Do you play chess today?

Marc:  Every day (or almost).  I play blitz, analyze, follow games of grandmasters.  I'd love to play competitively again and get my IM title, but it's not easy to take 2 weeks off to compete in brutal conditions, when you're already tired from your job.  I do hope to get back in soon, I’m keeping my fingers crossed! 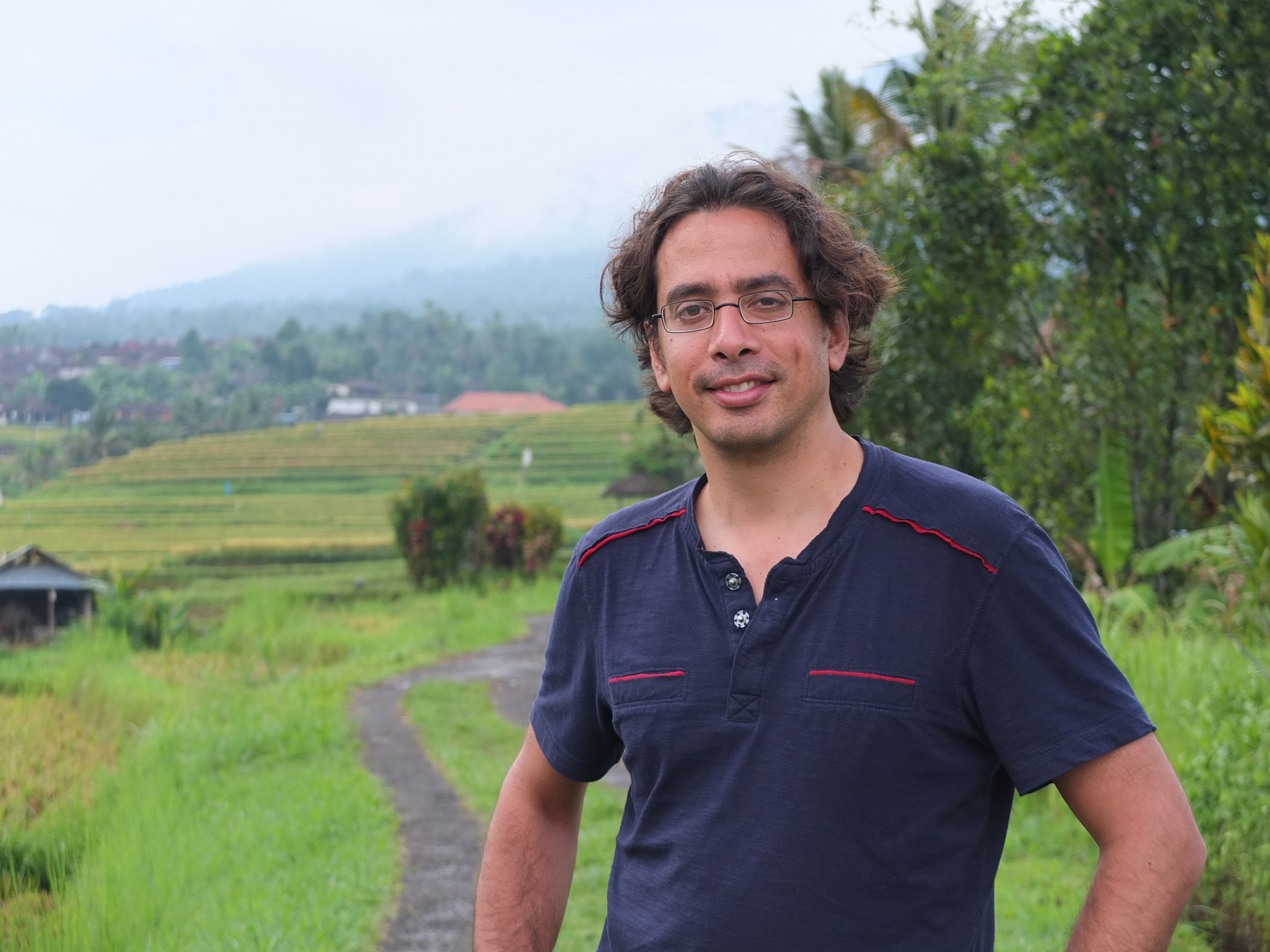 What advice would you give to kids playing chess today and to their chess parents?

Marc:  I'd certainly encourage parents to introduce their kids to chess, even if they are hesitant and may assume they won't like it.  Chess attracts kids of all backgrounds: the ones more inclined in sciences obviously, but also those with artistic inclinations, those that have a strong competitive spirit, and many other traits.  It's inexpensive, develops character, and is a great sport for the mind. Those kids that love to play don't need to be pushed, they'll push themselves. Parents just need to be supportive and provide the right environment for them to grow, compete and have fun.

Next week’s blog entry:  “How to Select a Good Chess Coach – with International Master Tom O’Donnell”